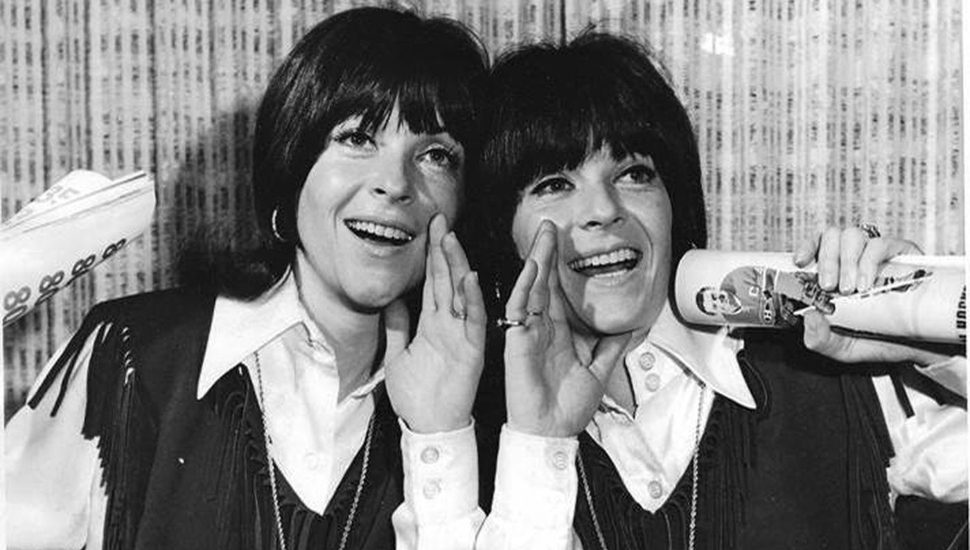 Image via the Schiff Kristoff Family, The Philadelphia Inquirer.
Dobbie Schiff Kristoff (left), an Emmy-winning computer effects specialist who shaped the early look of Flyers with her twin sister, Myrna, passed away this month.

Schiff Kristoff helped design uniforms for the pep squad for the Philadelphia Flyers, the Flyerettes, in the hockey team’s early years. At that time, she was married to Jerry Schiff, one of the Flyers’ original partners.

Her twin was married to Ed Snider, who built the Spectrum arena and the sports-and-cable company Comcast Spectacor.

Together, the sisters helped set the original “look” and feel both of the franchise and Spectrum arena. They also advocated for the families of the players and made sure that the Flyers were the first team in the NHL to offer a lounge for wives and children in its arena.

After divorcing Schiff, Dobbie married Jim Kristoff and founded Metrolight Studios in Los Angeles with him. She later won an Emmy for her work on the 1992 Olympics for the NBC broadcaster.

Services were held on December 6 at West Laurel Hills in Bala Cynwyd.

Read more about Dobbie Schiff Kristoff at The Philadelphia Inquirer by clicking here.