Finding Our Delaware County Selves, and Our Places, on 'Mare of Easttown' 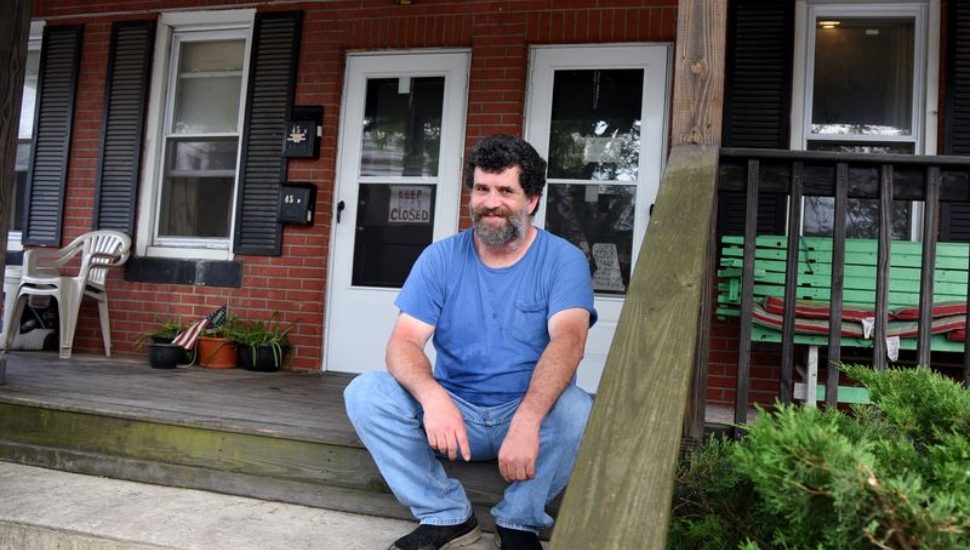 Image via Tom Gralish, The Philadelphia Inquirer.
Cliff Light on the porch of his Marcus Hook home.

Part of the thrill of HBO’s “Mare of Easttown” was picking out places you recognize, writes Maria Panaritis for The Philadelphia Inquirer.

Colin Zabel’s mom’s house is in the Beverly Hills section of Upper Darby.

Waterfront scenes came from the Commodore Barry Bridge pier next to Subaru Park in Chester.

But the film crew also found that the connectedness featured in “Mare” really did exist in Delaware County.

Panaritis was with “Mare of Easttown” assistant location manager Rudi Fischer in Marcus Hook when a random man in front of a rowhome let them know he was attached to the show.

“That fish tank that’s in the show?” Cliff Light said “I sold it to the fish store.”

In the show, the tank was bought by Mare Sheehan for her grandson’s turtle.

In the real world, the tank came from an Aston shop, Aquarium World. They got it from Cliff.

“The owner told me,” Light said. “Me and him are friends. Aquarium World. That’s right up in Aston, right across the street from the best cheesesteaks you’ll get.”

Beyond location, that’s the Delco “Mare” worked so hard to capture.

Read more at The Philadelphia Inquirer about the Delaware County locations used in “Mare of Easttown.”

EntertainmentA Second Season for 'Mare of Easttown'? Only If It's Great, Ingelsby SaysJune 8, 2021

EntertainmentDelaware Countians Lent Their Voices to Help Kate Winslet and Others in 'Mare of Easttown' Learn Delco-eseMarch 31, 2021