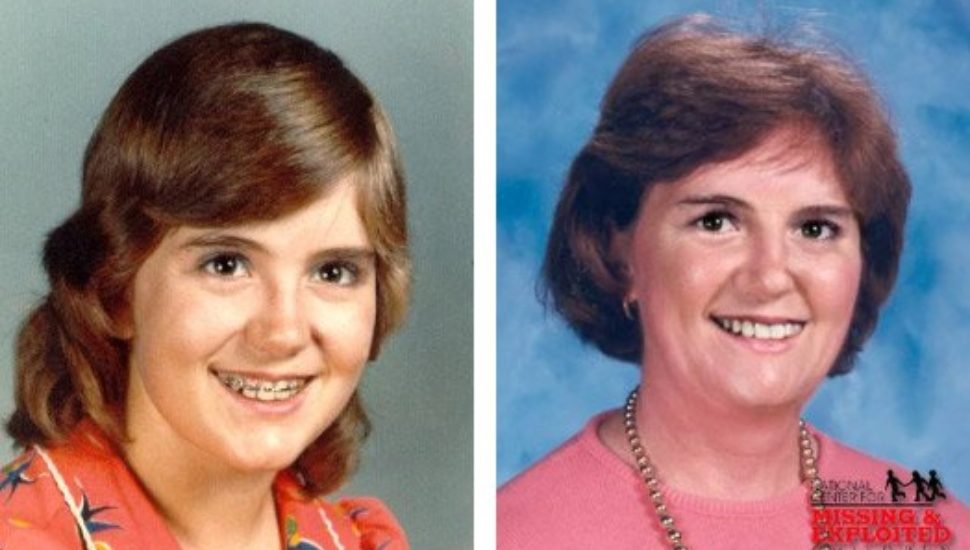 Image via nbcphiladelphia.com.
Photos of Wendy Eaton from 1975.

A case of a teenage girl from Media reported missing in 1975 has turned into a homicide investigation, reports Rosemary Connors and David Chang for nbcphiladelphia.com.

Latching on to a new lead, police are digging for evidence in a wooded area where they believe the girl disappeared 46 years ago.

It was a Saturday, May 17, 1975, when 15-year old Wendy Eaton of Media started to walk into town to buy a gift for her older brother.

She took the Moccasin Trail but never arrived in downtown Media.

Initially, police dogs tracked her scent from her bedroom on Moccasin trail to Indian Lane, where police believe she vanished.

“She was just your regular neighborhood girl,” Martin said. “Good at school. Everybody had pleasant things to say about her. There was really no indication to suggest a runaway.”

Now police are digging behind a home at the intersection of Indian Lane and Media Station Road. Officials believe they can crack the case.

Anyone with information on the case can call Pennsylvania State Police at 215-452-5216.

Here’s a video on 8 missing persons cases in Pennsylvania talks about Wendy’s disappearance.

Book Review: I’ll Be Gone in the Dark: One Woman’s Obsessive Search for the Golden State Killer

Time Marches On: WilmU History Adjunct Teaches Students How to Investigate the Well-Hidden Past