Malvern Prep’s Wrestling Team Pins Down No. 1 Ranking in America

There was a lot to celebrate last week at Malvern Prep, writes Jeff Skversky for 6ABC.

The school’s wrestling team became the first in program history to finish the year as the top-ranked team in the nation.

The magnitude of the achievement was not lost on students, faculty, or staff.

The Friars have a top-ranked wrestler as well with junior Nick Feldman in the 220-pound weight class.

“We’ve worked hard for this,” he said. “We should be walking around real proud.”

The team’s season, however, did not always seem so promising. Due to the pandemic, the school was shut down from Thanksgiving to January. But through it all, the team held out hope that it could return to the mat.

“Wrestlers are resilient,” said Lautar. “They get knocked down and they get back up.”

The team also has a good chance to keep its top billing next year, since all of its champions are returning. 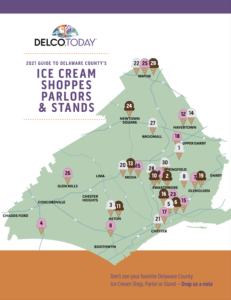 Tops in America. There’s a Mocha Triple Fudge Sundae With This Wrestling Team’s Name on It.