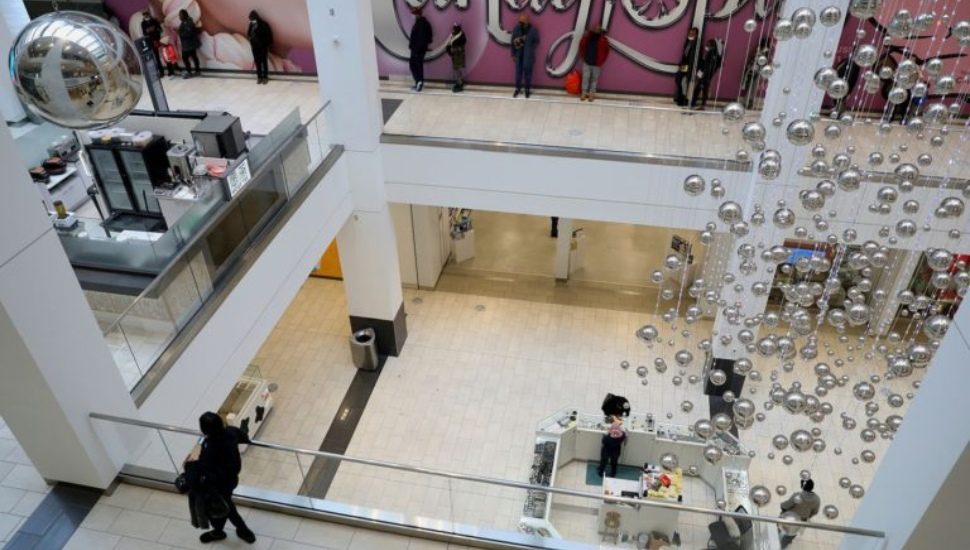 Image via The Philadelphia Inquirer/ Tim Tai Staff Photographer.
PREIT, owner of the Springfield Mall and Plymouth Meeting Mall, among others, has managed to dodge being delisted from the NYSE after its share price stabilized following exit from bankruptcy.

The share price stabilized following its exit from bankruptcy after new leeway was given by its creditors, writes Jacob Adelman for The Philadelphia Inquirer.

PREIT said in a regulatory filing that it was notified by the NYSE that it has regained compliance of the requirement that its shares close at an average price of $1 per over 30 consecutive days.

“We are pleased to have regained compliance with all NYSE listing requirements,” said PREIT chief executive Joseph F. Coradino.

“We remain focused on execution of our strategic plan to strengthen the company and create value by re-establishing our portfolio as multi-use destinations.”

The biggest mall owner in the Philadelphia region has only seen its stock close under $1 only once since surging by 48 percent on November 24.

This was when its restructuring plan neared approval in U.S. Bankruptcy Court. Before that, PREIT’s stock had closed under $1 per share for 76 days in a row.

Read more about PREIT at The Philadelphia Inquirer by clicking here.