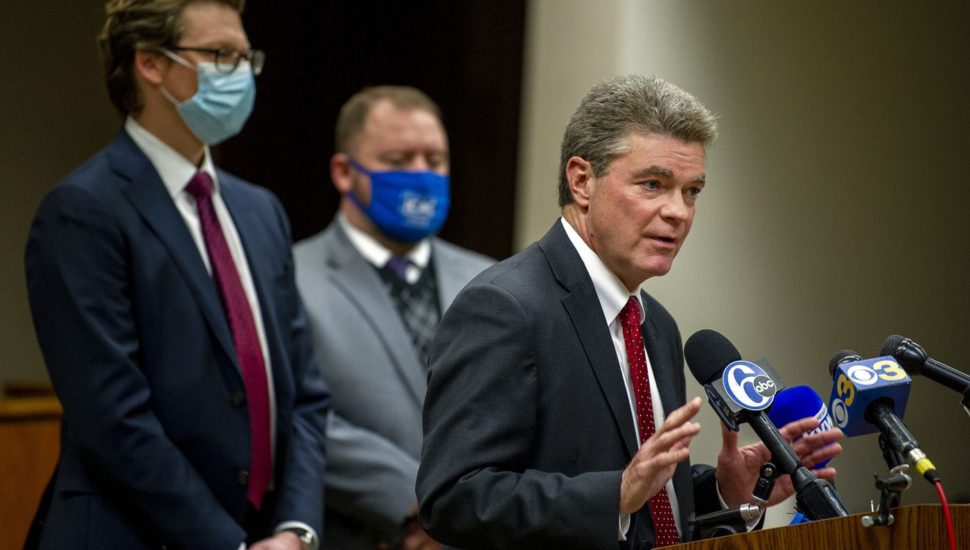 Two women who had been dead for several years apparently registered to vote Republican in Nether Providence in the recent presidential election, writes Vinny Vella for The Philadelphia Inquirer.

The 70-year-old is taking responsibility for the crime and is cooperating.

“In his political frustration, he chose to do something stupid,” said his attorney Samuel Stretton. “And for that he is very sorry.”

Bartman registered his mother to vote online using her driver’s license then filled out an absentee ballot in her name.

The state’s system recognized the information was for a dead woman. Bartman signed a letter confirming the woman was still alive.

He also registered his mother-in-law, using her Social Security number but did not cast a ballot for her.

Through his lawyer, Bartman said he takes full responsibility for the crimes and plans to cooperate with Delaware County investigators.

This was the third instance of reported voter fraud in Pennsylvania since the election.

Read more about this incident at The Philadelphia Inquirer.

Commerce1,700 Challenges to Delaware County's Provisional Ballots All Withdrawn, Except for 1November 17, 2020

CommerceCheck Out How Much Each Presidential Candidate Raised in Campaign Donations in Your ZIP CodeOctober 17, 2020