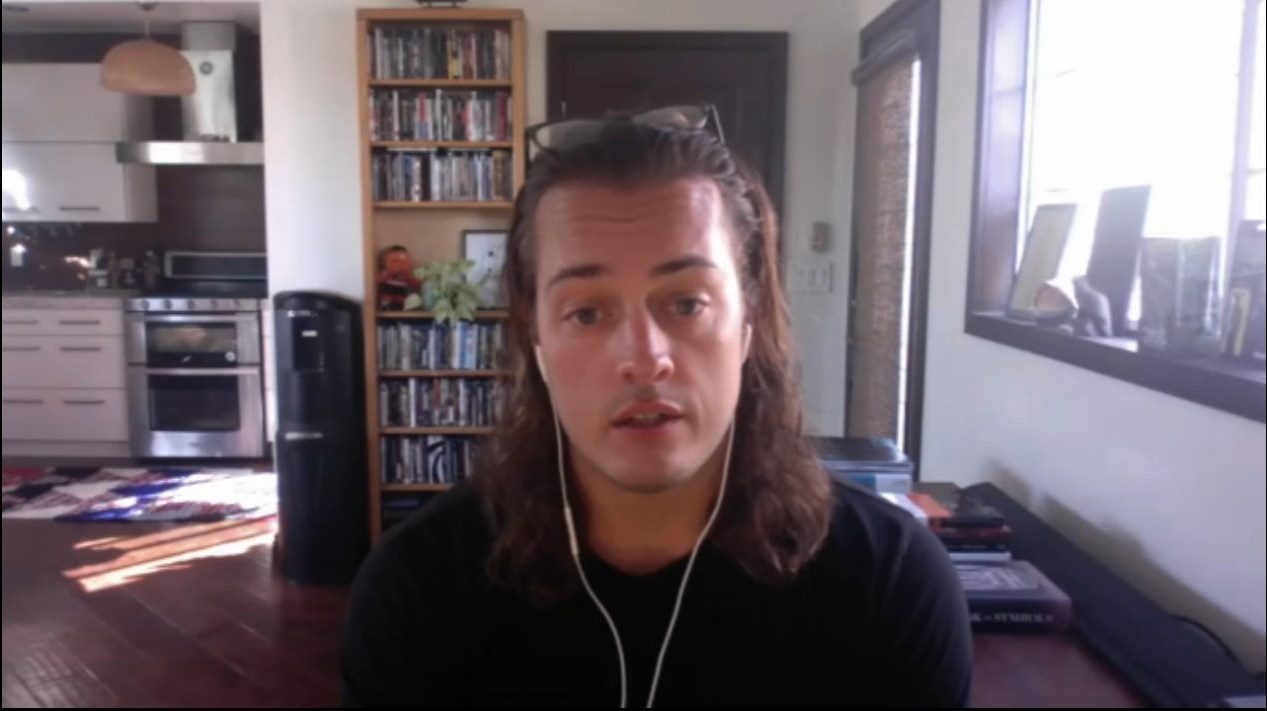 Derek Pastuszek during a Zoom call with 6abc. Image via 6abc.com.

A Swarthmore filmmaker and Strath Haven High School graduate is debuting his film,”Islander” at the 29th Philadelphia Film Festival that’s running this week to Nov. 2. The film looks at the destruction at Long Beach Island during Hurricane Sandy, reports Alicia Vitarelli for 6abc.com.

This year, movies are being streamed or held at drive-ins.

Derek Pastuszek said his film has parallels to what people are going through during the pandemic.

“It’s a poetic fable about picking up the pieces after a tragedy, which we can all relate to,” Pastuszek says. “It explores loneliness and solitude and isolation, and what that feels like. Ultimately, it really is about the human need to find meaning and connection.

In 2016, his film “Solitary,” about a prison inmate in solitary confinement, took awards and was shown at the White House.

Pastuszek, now living in Los Angeles, describes himself as truly living the dream. As a kid he loved doodling, drawing movie scenes and monsters.

Even though he lives on the West Coast, Paturszek always thinks of Philadelphia as his home. It’s a place that puts its heart into everything, he says.

Read more at 6abc about this Swarthmore filmmaker here.

Actors and Filmmakers Collaborate Over Movies, TV at Swarthmore Co-op