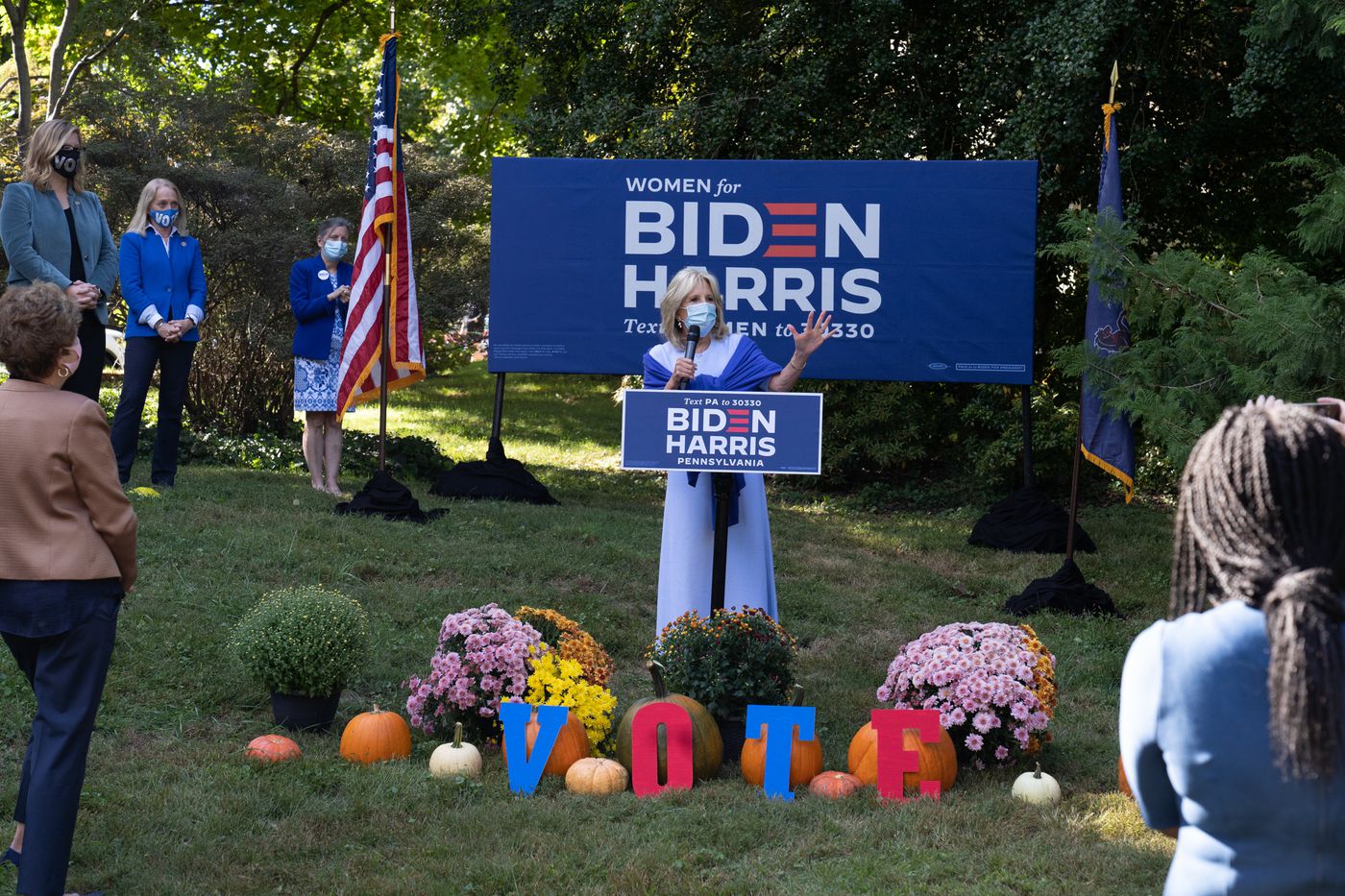 Jill Biden made a campaign swing through Swarthmore Thursday, thanking volunteers and speaking with a group of elected female leaders at a small backyard rally, writes Julia Terruso for The Philadelphia Inquirer.

“Women will decide the future of this state, and this state may determine the entire election,” Biden said.

Pennsylvania sent four women to the U.S. House in 2018 as freshman members, including U.S. Reps Mary Gay Scanlon and Chrissy Houlahan, who were both in attendance Thursday.

Pennsylvania is seen as a critical swing state for both presidential candidates. Biden, who has roots in Scranton, is expected to appear at a town-hall event Oct. 15 in Philadelphia.

The 69-year-old former second lady grew up in Willow Grove, attending Upper Moreland High School. She reminisced about growing up there with four sisters, telling the crowd, “Thank you for welcoming me home. It feels good to be home.”