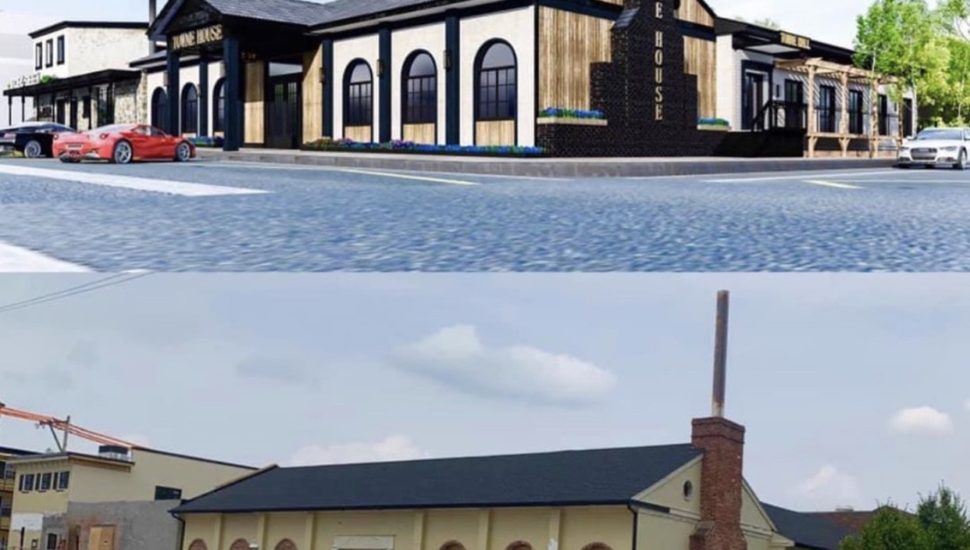 In a deal brokered by Zommick McMahon Commercial Real Estate, the reincarnation of a popular restaurant will soon open in Media to high expectations after a new owner acquired the property and undertook a multimillion-dollar renovation.

When the venerable D’Ignazio’s Towne House restaurant closed in 2015, Media residents wondered what would become of the block-long space at 177 Veterans Square that had been a popular choice for family dinners, wedding receptions, and other functions over the last six decades. After five years of waiting, the community will soon find a renovated space that respects much of the original footprint, as well as the memories of those who visited the restaurant in the past.

Senior sales associates James Pinckney and Tess Scott of Zommick McMahon put together the deal after being tasked by local developers of the site to bring in a tenant. Founded in 1949, Zommick McMahon offers landlord and tenant representation in commercial office and retail, industrial, multi-family, and land development transactions.

“We are a boutique commercial real estate brokerage servicing the metro Philadelphia, northern Delaware and southern Jersey market,” said Pinckney. “Tess and I have been teamed up for four years, and our niche is in hospitality and restaurants.” 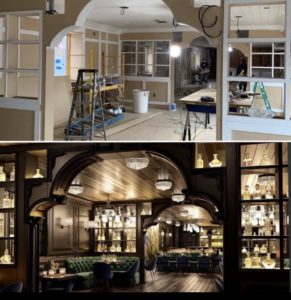 New Jersey developer Brian McLaughlin will be the principal owner of the new restaurant. According to him, Pinckney and Scott “bent over backwards” to get the deal done.

“In working with James and Tess from Zommick McMahon on the Towne House deal, all e-mails, calls, and texts were answered the same business day,” said McLaughlin. “They made every part of the deal as smooth as possible.”

The landlord and new tenant are breathing new life into the site with about $3 million worth of renovations, but they also want to honor much of the spirit of the original building.

“They are trying to keep most of the design work that made the Towne House so special to the people who lived in the community,” said Scott. “They have been working on one area at a time, so it’s divided into five different concepts or sections. They have kept the original Tiffany Bar, refinished it, and renovated that space and will add a craft cocktail bar.” 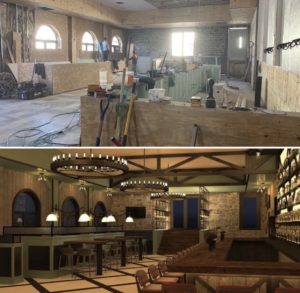 Also, the new building will include a sports-bar-oriented space, areas for both fine dining and casual meals, and a formal bar and ballroom for larger events.

“This was definitely one of our more challenging deals because it needed so much work and you really had to have a vision and a big concept,” said Pinckney. “The space is so large and they really wanted to have something with an outdoor area, so the idea was to tear down a portion of the building in the middle to create a beer garden or outdoor patio area. It will definitely be a focal point.”

Despite the competition of a thriving restaurant scene in Media, Scott believes the refurbished and re-christened eatery will be a success, much like the old Towne House on that site.

“Because of the size and what they have to offer, it will be more of a destination compared to the average restaurant,” she said. She noted that hiring is already underway for a possible opening within the next two months.

After a year and a half into construction, there were some unforeseen delays, and then the pandemic brought work to a temporary halt. But as consumers slowly begin to return to restaurant dining, expectations are high for the revival of a local favorite, and the new outdoor seating area will be an especially important part of the restaurant’s opening.

“It has been such a massive undertaking,” said Pinckney, “and it’s definitely been a struggle at times, but we think the end result will definitely be worth it.”

“People dearly loved this space, and it was easy to fall in love with it and its history,” said McLaughlin. “We want to be very careful in getting it right for everyone. We are very excited to be a part of Media, and we look forward to opening soon!”