Swarthmore College Graduate Earns an Oscar for 'The Neighbor's Window' 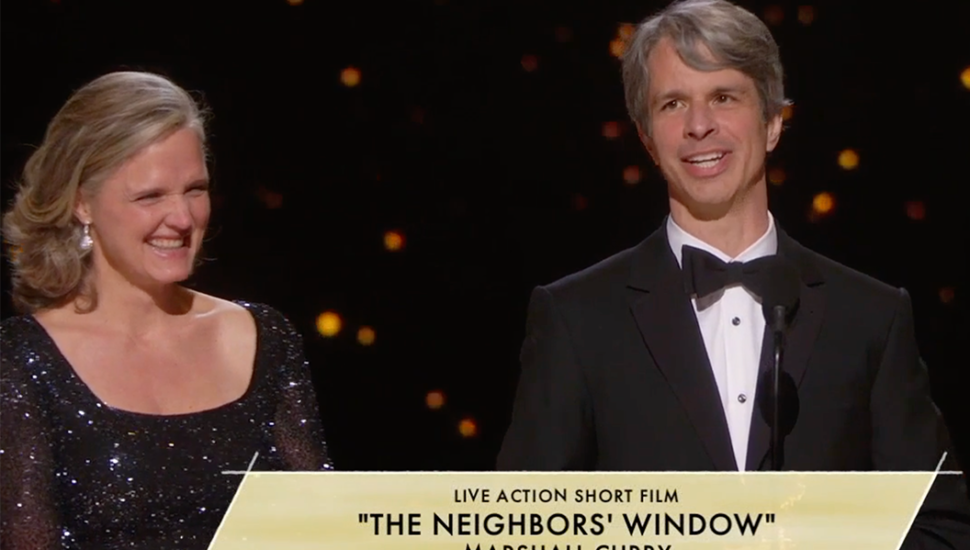 Curry graduated in 1992 with a degree in comparative religion.

He wrote, directed and edited the film.

“The Neighbor’s Window,” premiered at the Tribeca Film Festival in 2019. It won 12 awards.

The film tells the story of a middle-aged woman with young children who spies on two 20-somethings when they move in across the street. The film is based on a true story.

Curry dedicated the film to his mother, describing her as the “best storyteller he ever knew.”

This was his fourth career Oscar nomination and his first nomination in the short film category.

Previously, he had been nominated in the documentary category for “Street Fight,” about the 2002 Newark, New Jersey, mayoral race between Cory Booker and Sharpe James.

He also was nominated for “If a Tree Falls: A Story of the Earth Liberation Front,” a documentary about a group of deforestation extremists, and “A Night at the Garden,” a PBS documentary chronicling the 1939 Nazi rally in Madison Square Garden.

Read more about this filmmaker and “The Neighbor’s Window” here.