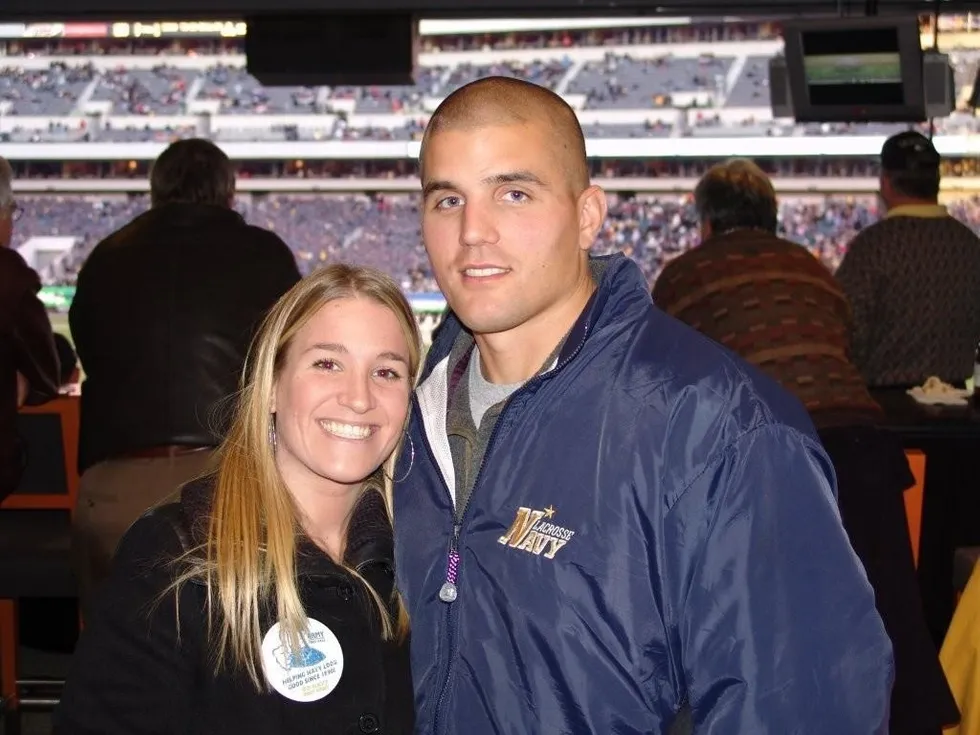 Ryan and her brother Travis at the Army-Navy Game. Image via wearethemighty.com.

Ryan Manion wanted to carry on her brother’s legacy.  First Lt. Travis Manion lost his life in service to his country.  He wrote the words, “If not me, then who,” before he deployed to Iraq, writes Chase Millsap for wearethemighty.com.

Today, the Travis Manion Foundation lives that sentiment through its mission “to empower veterans and families of fallen heroes to develop character in future generations.”

Ryan, a former student at Cabrini and Widener Universities, is president of the Foundation, as well as co-author of “The Knock at the Door,” describing her anxiety and depression after her brother’s death, and how she found focus through physical fitness.

The Travis Manion Foundation started as a small family effort and now it’s an organization that coordinates thousands of community volunteers across the nation.

Read more about Ryan and the work of the Travis Manion Foundation here.