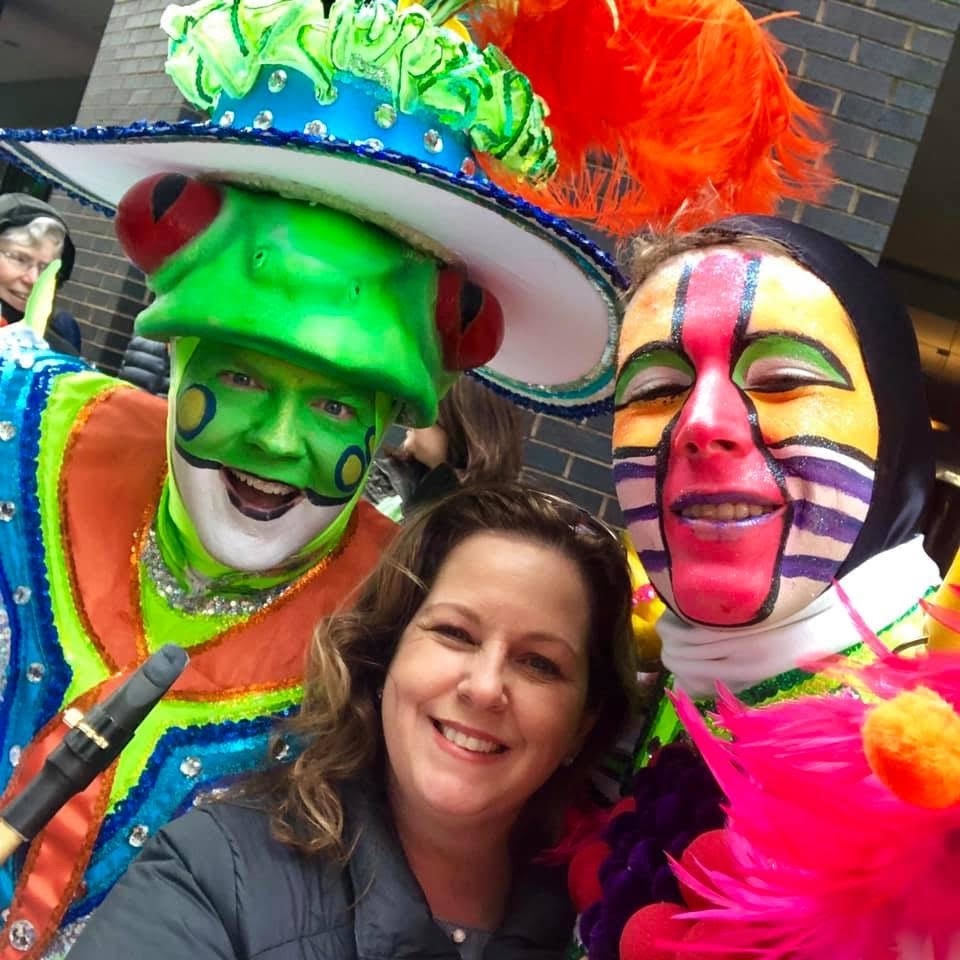 Kelly Moran, center, of Ridley Township, is all smiles at last year’s Mummers Parade in Philadelphia, surrounded by her husband Joe Moran Jr., left, and her son Aidan Moran, right. Aidan is a junior at Ridley High School. He started marching in the parade at age 3 in 2005. Image via Daily Times.

The Mummers are part of the Moran family bloodline, writes Peg DeGrassa for the Daily Times.

Her dad, David Anderson of Springfield, marched in the 2020 parade and was a former Woodland captain from 1994-2005.

“Never in my wildest dreams did I imagine I would not only marry a Mummer but have a son who adores it as much as my dad and husband do,” Kelly smiled. “It’s definitely in the blood!”