Delco Bear Spotted in Three Locations, From Villanova to Aldan 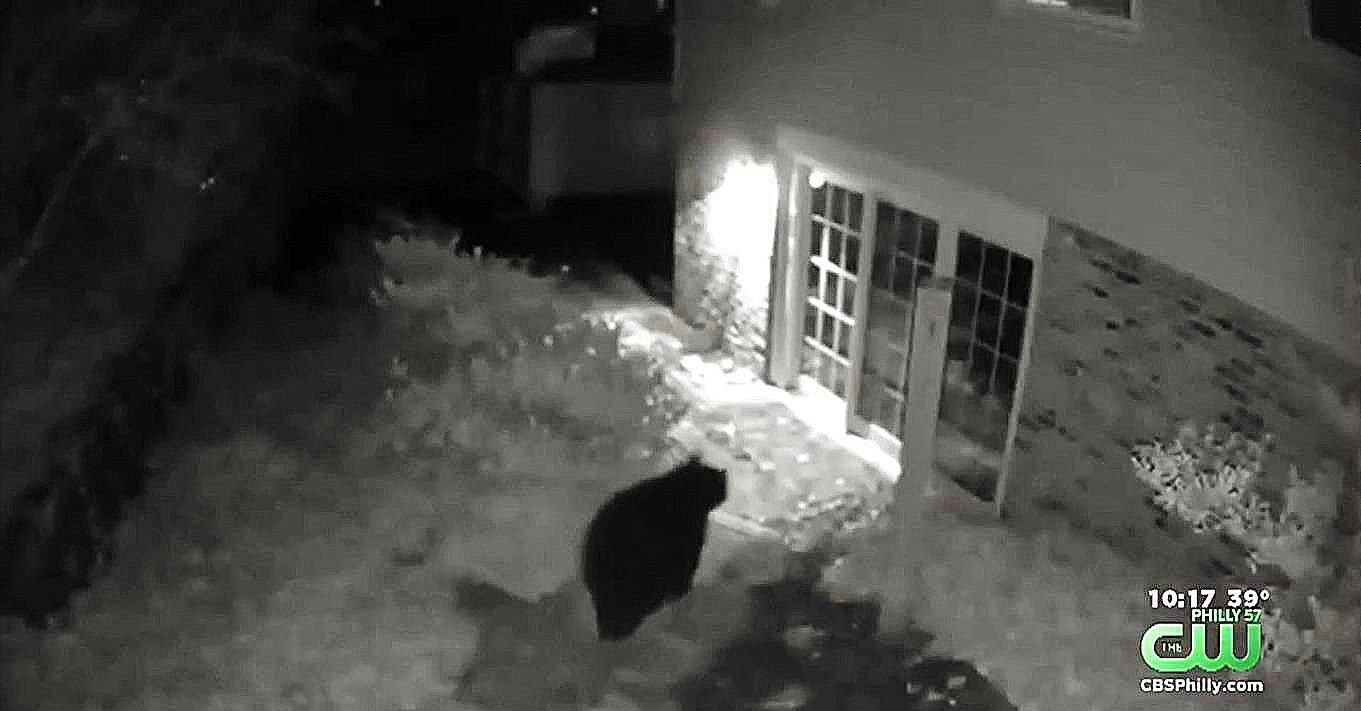 A residential surveillance camera caught this image of a black bear in a Delaware County neighborhood. Image via Philadelphia.cbslocal.com.

There’s a bear in Delaware County and he’s fast-moving, according to a report from Dan Koob for Philadelphia.cbslocal.com.

Delaware County officials first heard about a black bear wandering a driveway on Harrison Road in Villanova Friday morning. By Friday night, there was a second sighting on Cove Road in Maple Township.

Since then, two more reports have come in from Collingdale and Aldan boroughs.

“I thought it was exciting. We don’t get that excitement down here,” Delco resident Mary Ellis said.

The Pennsylvania Game Commission searched the Collingdale area on Sunday, stopping in the early afternoon.

Keith Moyer was returning from Walgreens on Sunday when he spotted the bear near Bartram and Chestnut streets in Collingdale.

“It was about 10 feet in front of me. Just ran right out and kept going,” resident Keith Moyer said. “It just seemed lost and just curious. Probably just looking for food and get home.”

Neighbors say the game commission was at the Mt. Zion Memorial Cemetery for several hours on Sunday.

The game commission reiterates that black bears are not usually aggressive. Secure your garbage and if you see the bear, don’t approach it — call police.