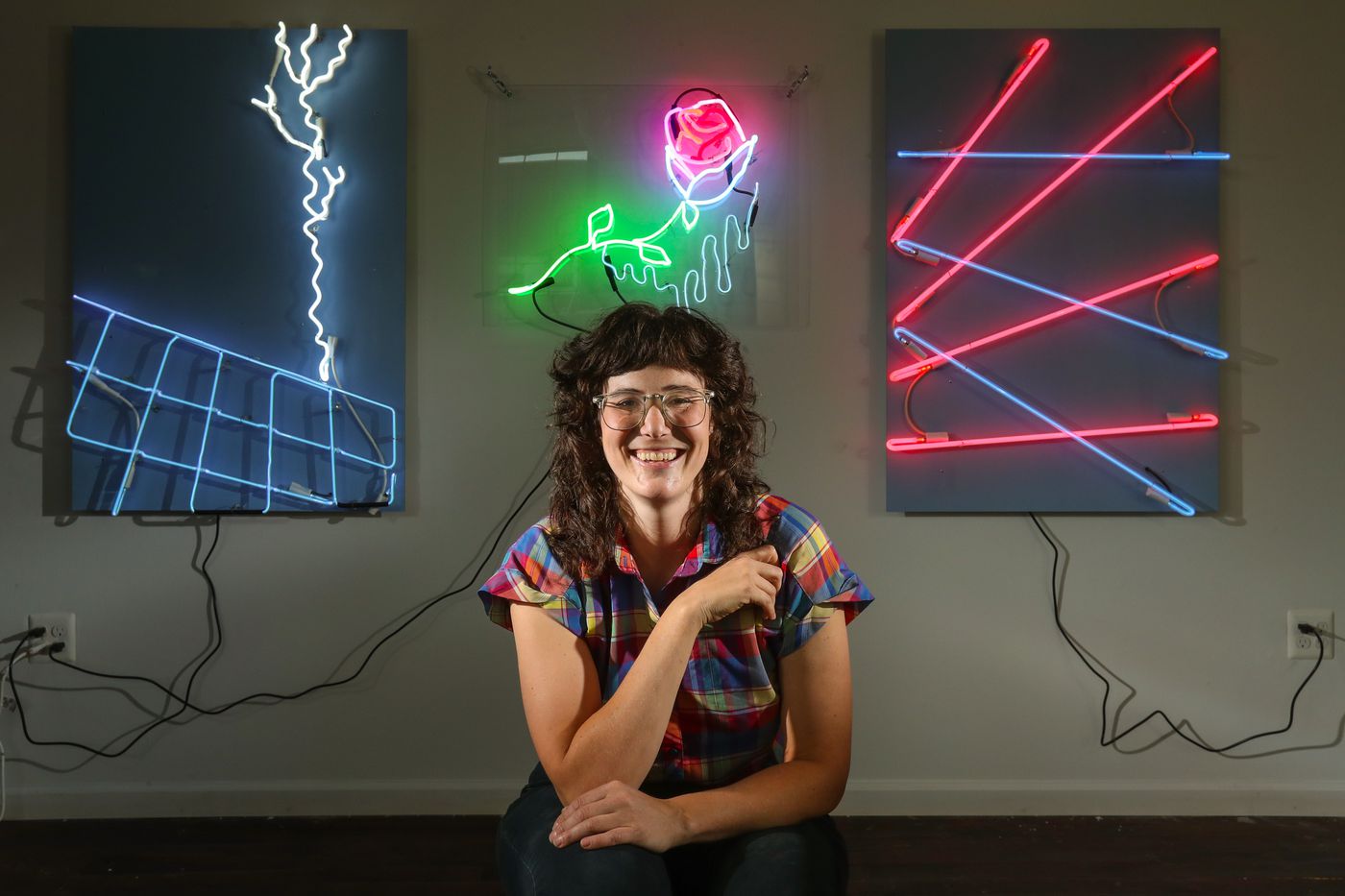 Alissa Eberle, one of the region's only female glass benders with three of her neon pieces of art at the Juggernaut Studios. Image via Michael Bryant, The Philadelphia Inquirer. 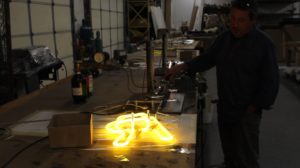 Domenic Urbani from a 2014 article he wrote, “Bending Neon:Fading Light on a Special Skill” which can found at Urban Neon’s website, urbanneon.com. Image via urbanneon.com

In 2012, she asked for help from one of the region’s most prominent sign-makers, Domenic Urbani, owner of Urban Neon in Delaware County.

Her biggest fan won’t be there. In July, Urbani died at age 58, leaving behind Urban Neon to his wife, Betty, and their three sons who work in the shop.

Urbani’s wife said she can’t overstate how proud “Dom” would have been of the woman 20 years his junior who had a shared passion for a technique unknown to most of the world.

Urbani said in an August 2018 interview that passing on the trade of bending neon was somehow therapeutic. “I love teaching,” he said. “I’m really lucky to be able to do this.”

He only asked that Eberle train someone else someday. 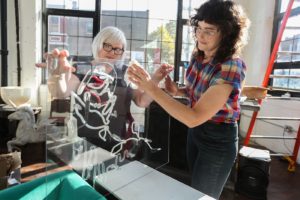 Neon artist Alissa Eberle, right, and Genevieve Geer, left, of Juggernaut Studios, work together to clean the dust off of “Dripping Rose” one of the neon art pieces that they are installing in the studio. Image via Michael Bryant, The Philadelphia Inquirer .

Now, a coworker at Urban Neon has been sticking around after work, hoping to learn the tricks of the trade.