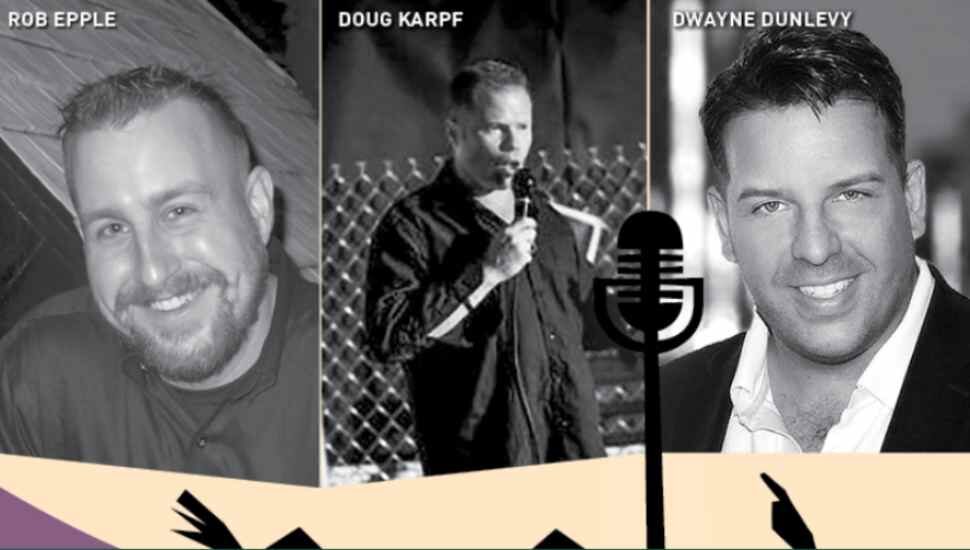 The kid-friendly site at Peddler’s Village, Giggleberry Fair, provides a silly site for the younger set. But adults in search of belly laughs for themselves can take advantage of tonight’s show in the destination’s outdoor event tent.

Three comics — Dwayne Dunlevy, Rob Epple, and Doug Karpf — are on the bill; their observations are sharp, pointed, satiric, and appropriate for audiences 18 and older.

An onsite cash bar will help patrons feeling a little dried out by the early evening heat (check-in is at 7:00 p.m.; the performance starts at 8:00 p.m.).

But the sets have been arranged without food service. So, fans of funny who want to dine beforehand can choose among the restaurants in the Village. In fact, the show offers a 10 percent discount to diners who flash a confirmation email for seeing the comedians.

Tickets are $25; all admissions are electronic; seating is first-come, first-served.

The lineup of funnymen is:

More information on comedy tonight in the Peddler’s Village event tent is online.

When Creating a Local, Enduring Tourism Go-To Spot, It Takes a Village — A Peddler’s Village, in Fact

With Only 67 Days Left Until Labor Day, Peddler’s Village Still Makes the Most of Summer 2022