Home Archive Glenolden Home Is a Treasure Trove of One Man’s Life, and the Pool ‘Aint Bad, Either

Glenolden Home Is a Treasure Trove of One Man’s Life, and the Pool ‘Aint Bad, Either 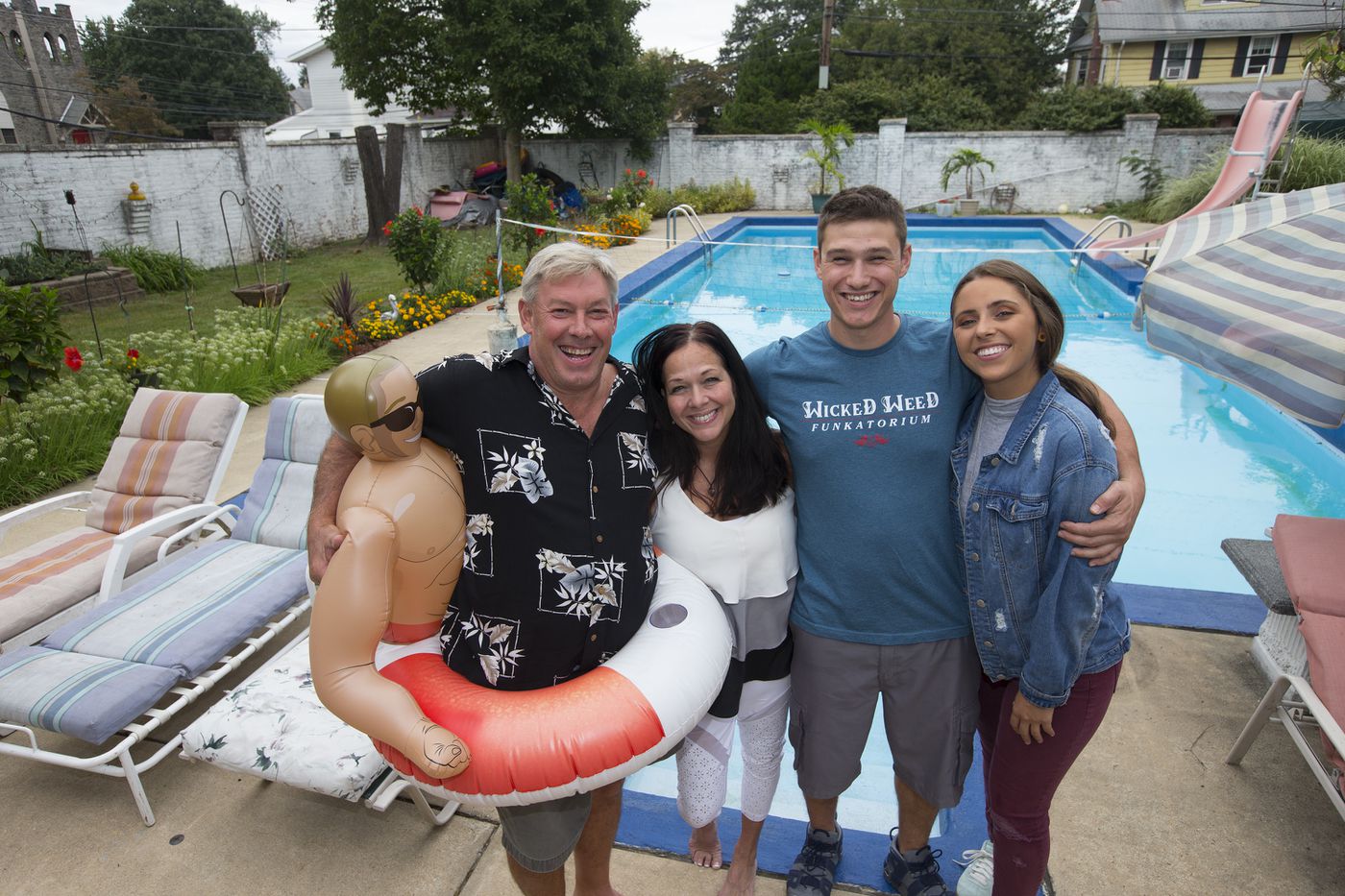 The Glenolden house with two koi ponds was nice, but it was the pool that convinced Tom Lamb to buy it in 1988, writes Sally A. Downey for The Philadelphia Inquirer.

Today, white hostas grow on one side of the pool, red hibiscus and yellow marigolds on the other. Pink water lilies float in the ponds. Cacti flourish in a sunny spot. 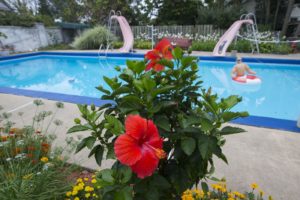 Tom grew up next to his grandparents’ farm in Sharon Hill.

“That’s where I got my green thumb,” he said.

A Sunoco banner on the pool house recalls his days as a merchant marine.

The 60-year-old also worked at a power plant and sold swimming pools before becoming a civilian firefighter at the Philadelphia Naval Yard. He’s a volunteer firefighter, first in Sharon Hill, then in Glenolden. 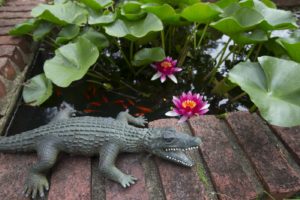 That has brought in quirky lawn ornaments, two sliding boards, a volleyball net ringed by a dozen chaise longue, a table tennis table, five barbecue grills, an electric smoker and an outdoor sink.

But not the portable toilet. “I bought it new,” he said, for his guests’ convenience.