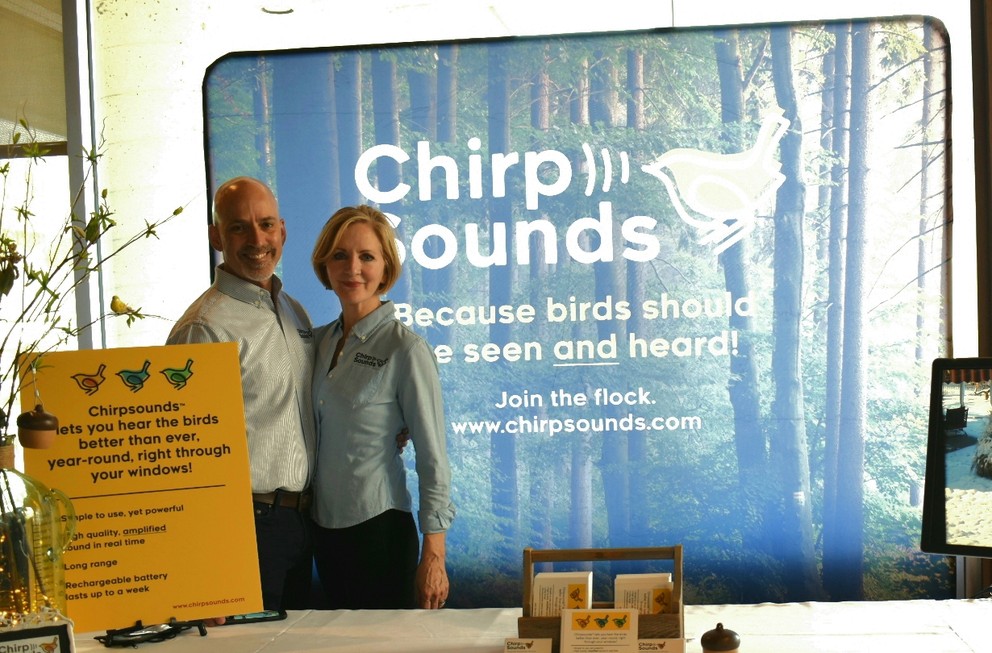 More than a decade ago, Wayne Frick was struck with an idea for an invention, an idea that always lingered in his mind. He enjoyed listening to the sound of birds at his birdfeeders, but as the weather got colder, he couldn’t have the windows open.

It would be great to be able to hear the birds from inside, he thought.

There was nothing on the market that quite fit the bill, though. Wired speakers were too cumbersome, and, at that point, wireless technology was unreliable. Frick had to put the idea on hold, but the seed for Chirpsounds had been planted.

As technology progressed, creating a product that would transmit the sounds of birds to a receiver seemed more feasible. Bluetooth technology developed a longer range. Frick learned about lithium ion batteries, which could withstand the cold much better than traditional alkaline batteries could.

The pieces were coming together, but Frick needed help solidifying his vision. He reached out to the U.S. Small Business Administration’s SCORE program, a network of volunteers who help mentor prospective entrepreneurs.

“I met with a couple of those guys and told them my idea, and they could see very clearly that I was all over the place,” Frick said. “I hadn’t really determined what this thing was going to be. I was just all possibilities and no specifics.”

As the SCORE members helped Frick refine his idea, they mentioned a new program that might be of interest: Penn State Great Valley’s REV-UP Center for Entrepreneurship.