WilmU Inspires a New Dream for This Former Baseball Player 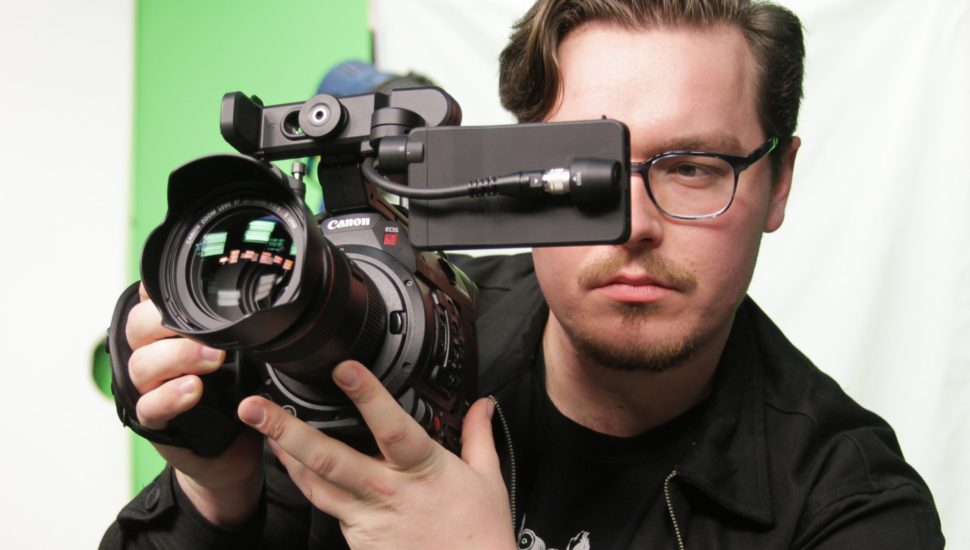 Growing up, Sam Kmiec nurtured a dream not uncommon to boys throughout America: to play Major League Baseball. But unlike most aspiring big leaguers, young Sam showed the potential to make that dream come true.

Encouraged and tutored by his father, Kmiec (pronounced “Ka-metch”) became a shutdown left-handed pitcher. With a fastball in the mid-80s and an excellent curve, he made All-State in both his junior and senior years of high school in West Virginia, then went on to pitch in college. After a redshirt freshman year at Wake Forest University, he transferred to Winthrop University, in Rock Hill, S.C.

In 2016, despite a senior season as Winthrop’s top pitcher, he was passed over in the baseball draft. But the morning after the draft ended, the St. Louis Cardinals called, offering to sign him as a free agent. Excited, Kmiec quickly accepted, and in late June, the Cardinals flew him to their training site in Jupiter, Fla. There, he hoped, his journey to the Major Leagues would begin.

But first he had to pass a physical. “We got our lockers, and then they took all the pitchers to get MRIs on their arms,” he said. Afterward, he and the other players spent the night in a hotel. As he tried to sleep, Kmiec remembers being mildly worried because he had experienced some arm problems during his senior season, but he had pitched through them.

“In the morning we all went back to the locker room,” he said. “We’re waiting around to sign our contracts, and then they pulled me out, took me aside and told me the MRI showed my elbow was torn and I needed Tommy John surgery and they couldn’t sign me.”

The surgery, named after the pitcher who first underwent the operation and formally known as ulnar collateral ligament (UCL) reconstruction, is a procedure to repair a torn ulnar collateral ligament inside the elbow. Recovery takes nine months to a year. The Cardinals weren’t willing to make that investment in Kmiec, who was an undrafted free agent, not a top prospect.

“Totally understandable,” Kmiec said of the decision. “No ill will towards them.”

But it was devastating, his dream of a big-league career gone, snatched from him in the space of less than 36 hours. By the next afternoon, he was flying home to his parents’ house in Middletown, Del. There, he sat on the couch and contemplated his future.

He had no Plan B. “I did OK in school,” he said, “but I was always pretty much focused on baseball my whole life.” Fighting off depression, he soldiered through the summer, but said, “I couldn’t watch baseball the rest of that season.”

He had a girlfriend in Charlotte, so he moved there and worked at a sales job for about a year, but the relationship ended, and the job proved to Kmiec that he was not cut out for sales.

He moved back in with his parents in the summer of 2017 to, as he said, “reset, get a breather, and figure out what I was going to do now that baseball was over.”

He had a degree from Winthrop in Mass Communications with a focus on Broadcast Journalism, and he had made what he calls “cool stuff while I had the camera in my hand” at Winthrop. He enjoyed the creative process.

It was serendipitous, then, when his mother introduced him to Scott Shaw, chair of Game Design and Development and Video and Film Production in Wilmington University’s College of Technology. Jennifer Kmiec knew Shaw through her work as executive director of The Committee of 100, a non-partisan, nonprofit association of Delaware business leaders that promotes responsible economic development and Delaware’s economic health.

Shaw showed Kmiec around campus and told him about the WilmU’s video and film program. Kmiec was immediately intrigued. “I’ve always had this creative hunger and I wanted to make art,” he said, “but I never really had the tools to do it because I was so focused on baseball. After Scott told me about the program, and without doing much more research, I decided this is what I wanted to do, and I hit the gas pedal.”

That was in the fall of 2017, and it’s been full speed ahead ever since. Working with Timothy Day of the Video and Film Production program while pursuing his second bachelor’s degree, Kmiec soon found many opportunities to use his growing skill set.

Day was immediately impressed with his new student.

“I first had Sam in a 100 level Video and Film Production course (VFP100 Camera and Cinematography),” he said, “and I quickly realized he was extremely motivated and hard-working, always asked good questions, and put a lot of effort into every assignment.”

Under Day’s guidance, Kmiec went to work in WilmU’s Freelance for Media Co-Op. There he developed professional projects for external groups like U.S. Sen. Chris Coons’s office, Christiana Care, Nemours/Alfred I. duPont Hospital for Children, the New Castle County Police Department, the YWCA, and many more.

“Sam joined the crew ready to learn and soon became one of the leaders of the group,” said Day.

Kmiec then interned for about a year with NCCTV, New Castle County’s public access channel, getting valuable on-the-job training by doing event videos and what he calls “mini-documentaries.” That led to a part-time job with NCCTV, and then, last December, he landed a full-time gig as a video producer with Delaware’s Government Information Center.

The job, which involves creating videos for all state departments, has clearly energized him. “It’s great to have a lot of creative freedom and drive projects from concept to finished product,” he said. “They want to do storytelling and cinematic things.”

As for his former dream, he said, “I’ve played a couple of games in an adult league here and there, but my passion for baseball has been replaced at this point with the passion for creating art through visual storytelling. I view myself as an artist who is trying to hone his craft, but is still in the early stages of developing his voice in the creative world.”

Kmiec was on track to walk the stage at May’s commencement, and Day said he will be in attendance. “I’ve seen Sam grow both professionally and technically in his video productions, and I couldn’t be more excited to see what he works on in the future.”