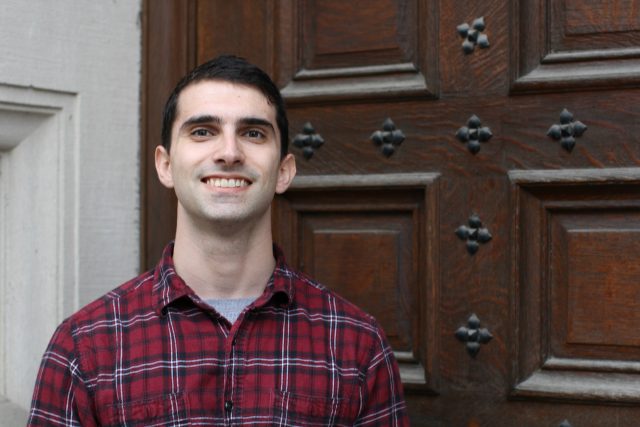 Research has been a constant in Haverford native Nick DeFina’s richly varied intellectual life at the University of Pennsylvania’s School of Arts & Sciences, writes Christina Cook of Penn News.

According to Cook, DeFina gained his interest in research while taking a course called “Cultures of the Book.” Peter Stallybrass, professor of English and of comparative literature and literary theory, held class in the Kislak Center for Special Collections, Rare Books, and Manuscripts, where DeFina and his classmates could work directly with the library’s world-renowned holdings.

“Professor Stallybrass would say over and over again that Penn is really special in that it does not pretend that this kind of work is somehow out of the reaches of undergraduates just because they don’t know as much about it as a graduate student would, per se,” said DeFina. “It’s not about what you know; it’s about what you need to know in order to solve your problem and move forward.”

DeFina soon secured a job at Kislak, working at the front desk and assisting researchers. This year, DeFina took on the role of assisting Laura Aydelotte, CLIR postdoctoral fellow and director of the Provenance Online Project. POP is a digital project at Kislak that DeFina describes as “a way of networking provenance research via the Internet.”

“The project involves uploading high-resolution images of rare materials that have notable provenance markings,” said DeFina. “Things that might give us a good sense of who might have written it or owned it or might tell us something about the printer.”

He then makes those images public so librarians, scholars, and students around the world can contribute information. It’s a collective effort that not only generates records of ownership for individual books, but also advances research in the fields of book history and material culture.

EducationLevel Up Your Project Management Skills, Prepare for the PMP Exam with WCU’s Eight-Week WorkshopApril 16, 2021