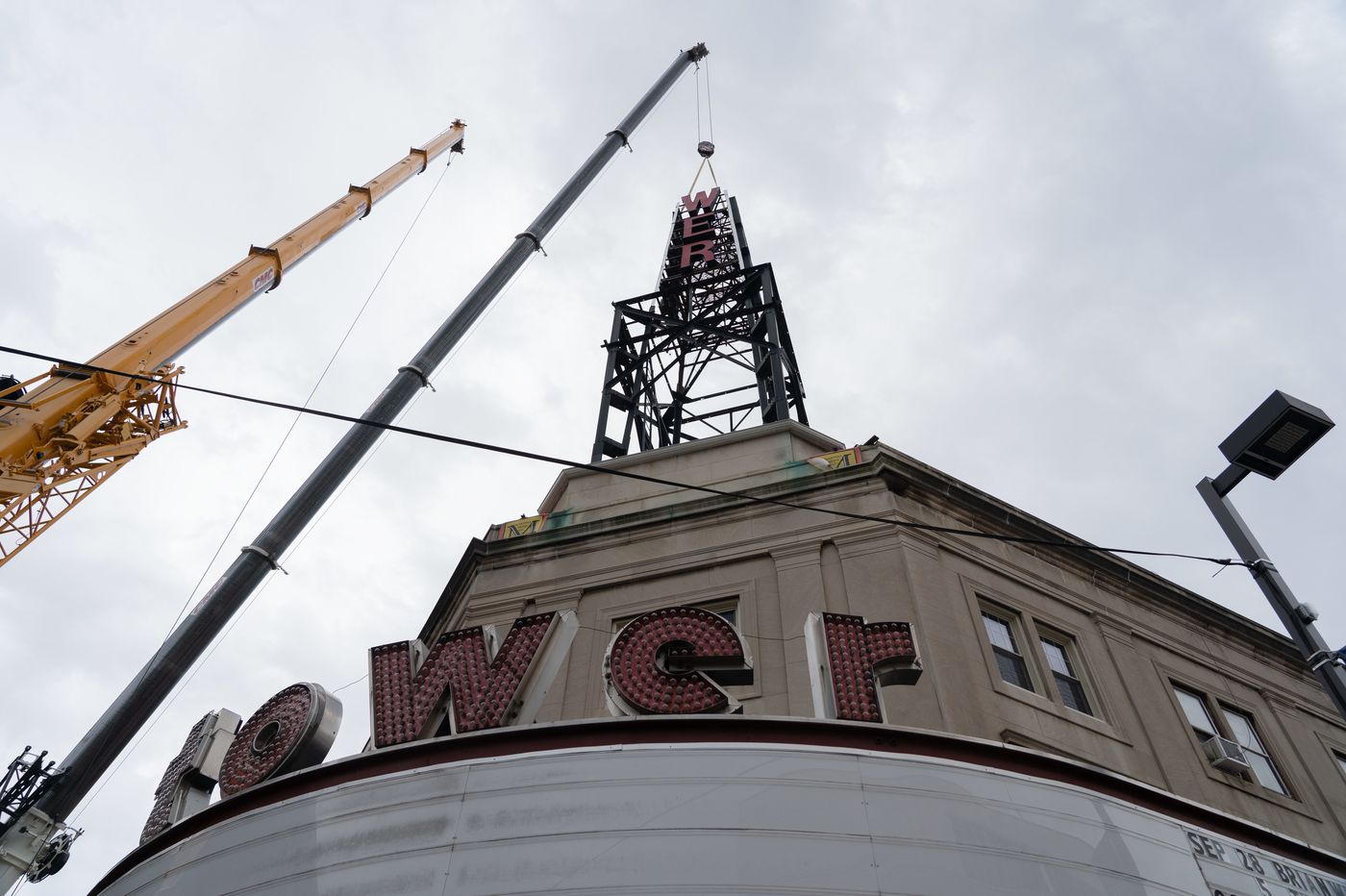 The Tower Theater’s radio tower sign, a landmark for 69th Street in Upper Darby, is unsafe and is being removed, writes Joseph A. Gambardello and Dan DeLuca for The Philadelphia Inquirer.

Live Nation, the theater’s owner, said inspections by company engineers determined the signage atop the 92-year-old building had deteriorated, according to Upper Darby Mayor Tom Micozzie.

Live Nation is donating the tower’s sphere and letters to a museum as it looks at options for a tower replacement.

“We appreciate the iconic nature and importance of the Tower signage,” said Tower Theater general manager Trenton Banks. “However, the safety and well being of our guests is of utmost concern.

Opened in 1927 as a vaudeville and movie theater, the Art Deco building became a major music concert venue in the early 1970s after a major renovation.

The venue opened with a concert by Dave Mason in June 1972. David Bowie performed frequently at the Tower in the 1970s it gained international renown when he recorded an album called David Live there in 1974.

Bruce Springsteen was also a regular at the Tower and in 2015 released Tower Theater, Upper Darby 1975.