Home Archive Looking for the Unusual? Check Out the Chadds Ford Sanderson Museum

Looking for the Unusual? Check Out the Chadds Ford Sanderson Museum 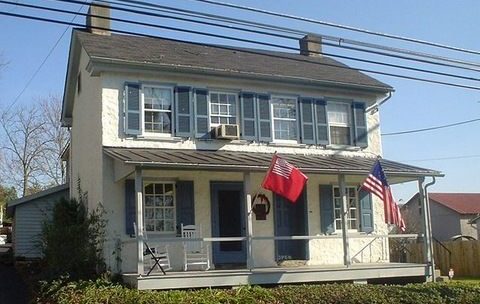 Christian C. Sanderson was a local schoolteacher in Chadds Ford in the early 20th century, and a prolific collector of historical memorabilia, particularly from his hometown.

This included many unusual artifacts related to the American Revolution, especially the 1777 Battle of the Brandywine fought at the creek near town.

Sanderson also collected letters from Civil War veterans, and some very unusual Abraham Lincoln curios. After his death, this treasure trove was carefully curated by friends and reinstalled in Sanderson’s home at the center of Chadds Ford.

The collection also includes many objects related to the renowned 20th-century American painter Andrew Wyeth and his family of artists, who were personal friends.

Some examples of this off-beat assemblage include the bandage put on Abraham Lincoln after he was assassinated, the pocketbook Jennie Wade was carrying when she was killed at the Battle of Gettysburg, and a number of autographs including those of Sitting Bull, Helen Keller, Basil Rathbone, and Shirley Temple.

Sanderson’s own eccentric life as a much-beloved local schoolteacher is also documented.

Read more about the museum here.