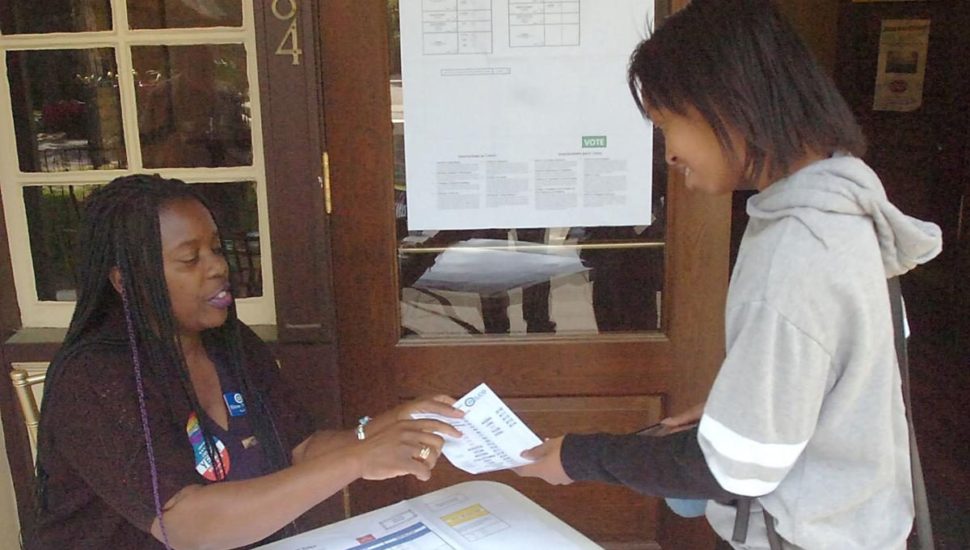 Voters in Aldan, Lansdowne and Marple all said ‘yes’ to allow liquor sales in their communities, writes Kevin Tustin for the Daily Times.

Unofficial results from the May 21 Primary Election showed Aldan with a 472-271 vote in favor of the liquor sale referendum.

Giant Food Stores, LLC, coordinated successful referendum efforts in Aldan and Marple, where it has supermarkets. Giant is currently unable to sell beer and wine because of the dry status of both communities.

In Lansdowne, the vote was 1,591 to 387 in favor.  The Lansdowne Economic Development Corp. spearheaded the referendum campaign there in the hope that liquor sales will help its downtown restaurant business.

An unrelated fourth referendum vote in Middletown of 1,694 to 516 OK’d an $8 million, 30-year bond to purchase Sleighton Farms, 80 acres of open space owned by Elwyn at Forge and Valley Roads.

Taxpayers there are looking at a monthly increase of $8.47 to their bills for the average assessed home of $200,000 to cover the bond purchase.

Read more about the referendums here.

Secret Cave Found That Was Hideout for Revolutionary War Outlaws