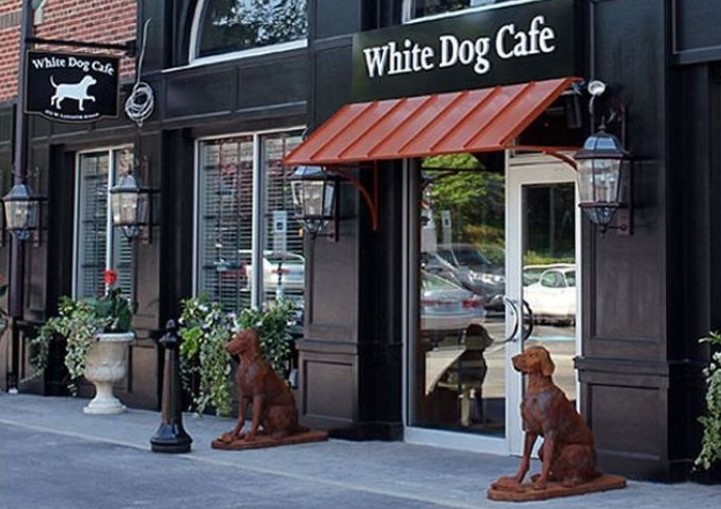 Image of White Dog Café via the Philadelphia Inquirer.

The Big Fish Grill in the Shoppes at Brinton Lake in Glen Mills has closed its doors for good, but the space will not remain empty for long, writes Michael Klein for the Philadelphia Inquirer.

“Lease negotiations did not go in our favor, which forced us to face reality and make a difficult decision that we felt was in the best interest of all involved,” the restaurant’s parent company wrote on Facebook.

Instead, White Dog Café will open there this fall after the renovations are finished.

It will be the fourth location of the eatery that offers an American menu in a canine-filled atmosphere. The restaurant focuses on seasonal food from local farmers and communities.

White Dog Café was founded on Sansom Street on Penn’s campus by Judy Wicks 35 years ago. Marty Grims opened a location in Wayne in 2010, and another location opened four years ago in Haverford.