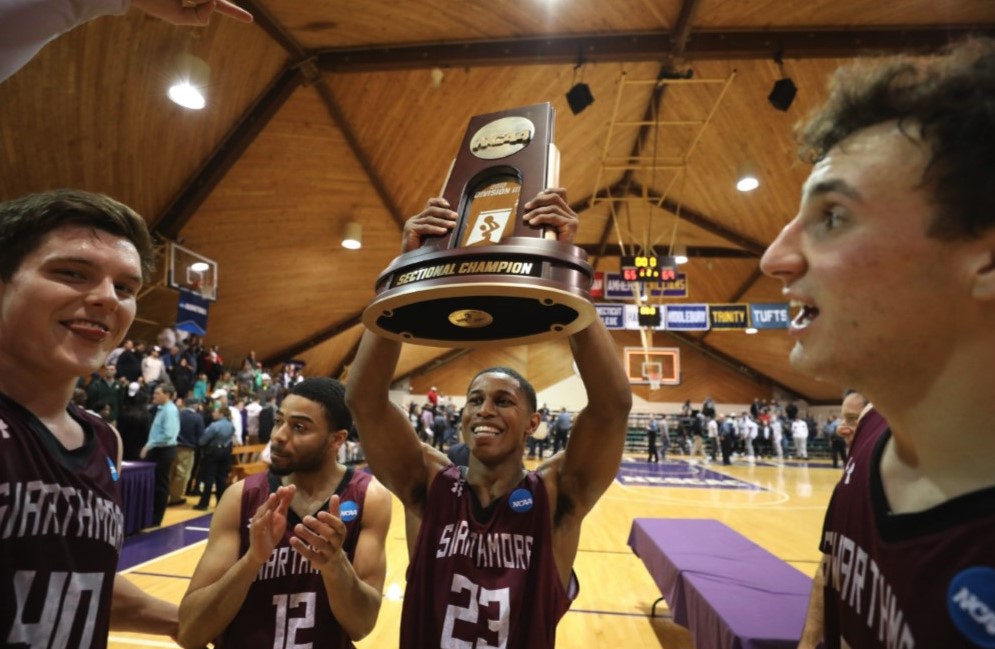 The Swarthmore College men’s basketball team is bound for the NCAA Division III Final Four for the first time in program history.

The Garnet will face Christopher Newport University of Newport News, Va., in the national semifinals on Friday at 6 PM in Fort Wayne, Ind.

Swarthmore punched its ticket to the Final Four with a 69-65 victory over Nichols College in the Elite Eight last Saturday night on the campus of Amherst College.

The Garnet (28-3) has now won a program-record 14 consecutive games.