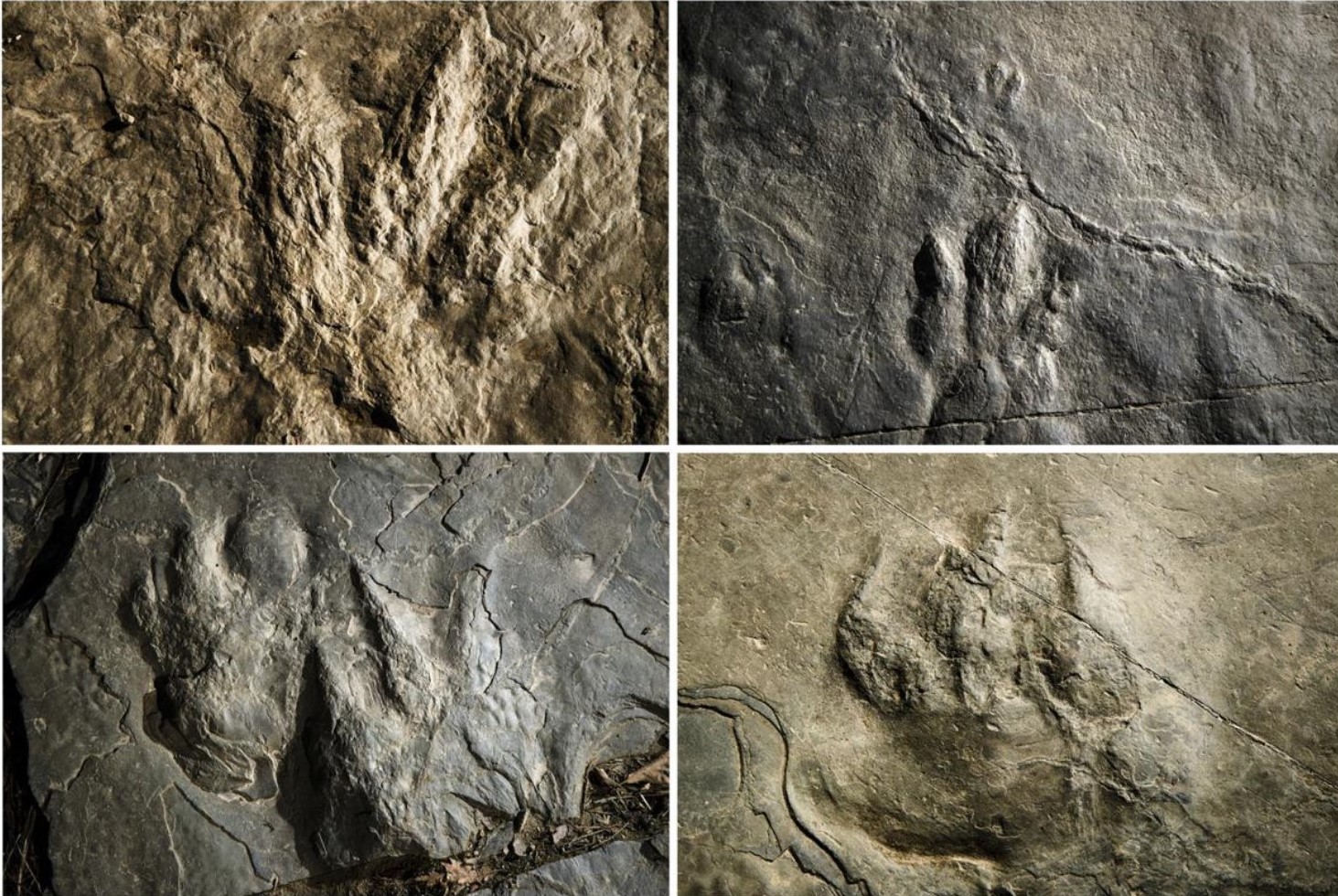 Image via the Daily Local News.

Valley Forge National Historical Park has a new and exciting feature, as dozens of fossilized dinosaur footprints have been discovered on rocks used for a hiking trail, writes Mark Scolforo for The Associated Press.

The trace fossils are approximately 210 million years old and scattered along the winding trail. The slabs were purchased eight years ago from a nearby commercial quarry.

The marks were first identified by Tom Stack two years ago when he became a volunteer park ambassador. Stack, whose background is in geology and paleontology, recognized the rocks as argillite. He also noticed they were similar in both age and type to those used to build the bridge on the Gettysburg battlefield in the 1930s.

Most are three-toed foot impressions from the early days of dinosaurs. However, Stack also discovered footprints from a relative of the modern crocodile.

“They’re subtle,” he said. “They’re not easy to spot, but once you learn the characteristics, then they are easier to identify.”

The exact location of the rocks has not been made public to help protect them from damage and theft.

Read more about the park’s new feature from The Associated Press here.