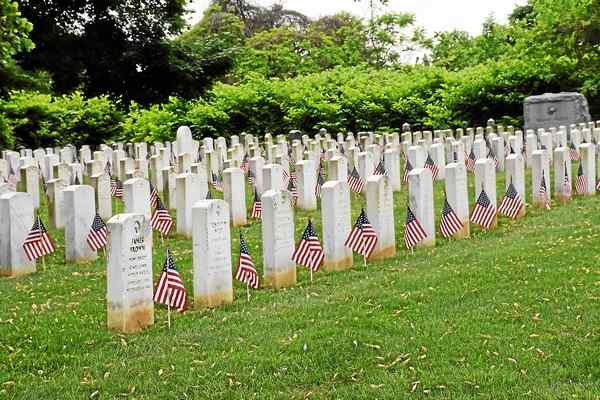 Mount Moriah Cemetery recently held a memorial service to honor those who died in World War I, writes Anne Neborak for the Daily Times.

The Yeadon cemetery is the final resting place for veterans from as far back as the Revolutionary War. Also buried alongside the more than 2,400 fallen heroes are many other members of the Philadelphia community, including former mayors, architects, and the founder of the Trilby String Band, George Wesley Stroby.

The event was organized by Patrick Trio, Yeadon’s code enforcement officer, to ensure that the sacrifice these veterans made is never forgotten. In fact, Mayor Rohan K. Hepkins is now looking to expand the memorial service to make it an annual event that includes all veterans.

“We have veterans from every war. The time is right to recognize, on these hollow grounds, these veterans, our heroes of yesteryear,” said Hepkins.

This sentiment was echoed by Trio at the end of the service.

“Each one of these people underneath these graves all had a different story in their life, but the one common story they have, is they all served their country,” he said. “Never forget that.”

Read more about Mount Moriah cemetery in the Daily Times by clicking here.