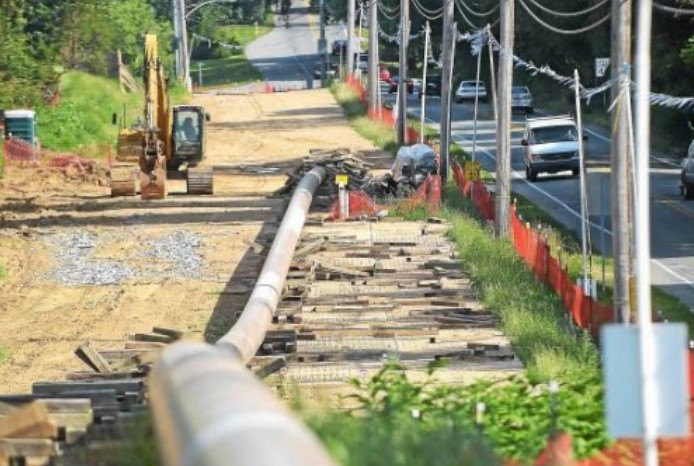 Pennsylvania and its pipelines are playing a key role in the nation’s effort to become energy independent, writes Javier Blas for Bloomberg.

At the end of November, the U.S. became a net exporter of oil for the first time in 75 years. It sold a net of 21,000 barrels per day, finally breaking its dependence on foreign oil.

“We are becoming the dominant energy power in the world,” said Michael Lynch, president of Strategic Energy & Economic Research.

The shale revolution has turned the U.S. into the largest petroleum producer in the world, surpassing both Russia and Saudi Arabia. The shift to net exports comes from an unparalleled boom in domestic oil production, with thousands of wells pumping from several regions nationwide.

However, given the volatility in weekly data, the chances are that the U.S. will still be a small net importer.

“Because the change is gradual over time, I don’t think it’s going to cause a huge revolution,” said Lynch, “but OPEC (Organization of the Petroleum Exporting Countries) is going to have to take that into account when they think about cutting.”

Locally, Sunoco Pipeline’s Mariner East 2 is expected to be in service by the end of this year, carrying ethane, propane, and other petroleum products to markets in Pennsylvania and elsewhere.