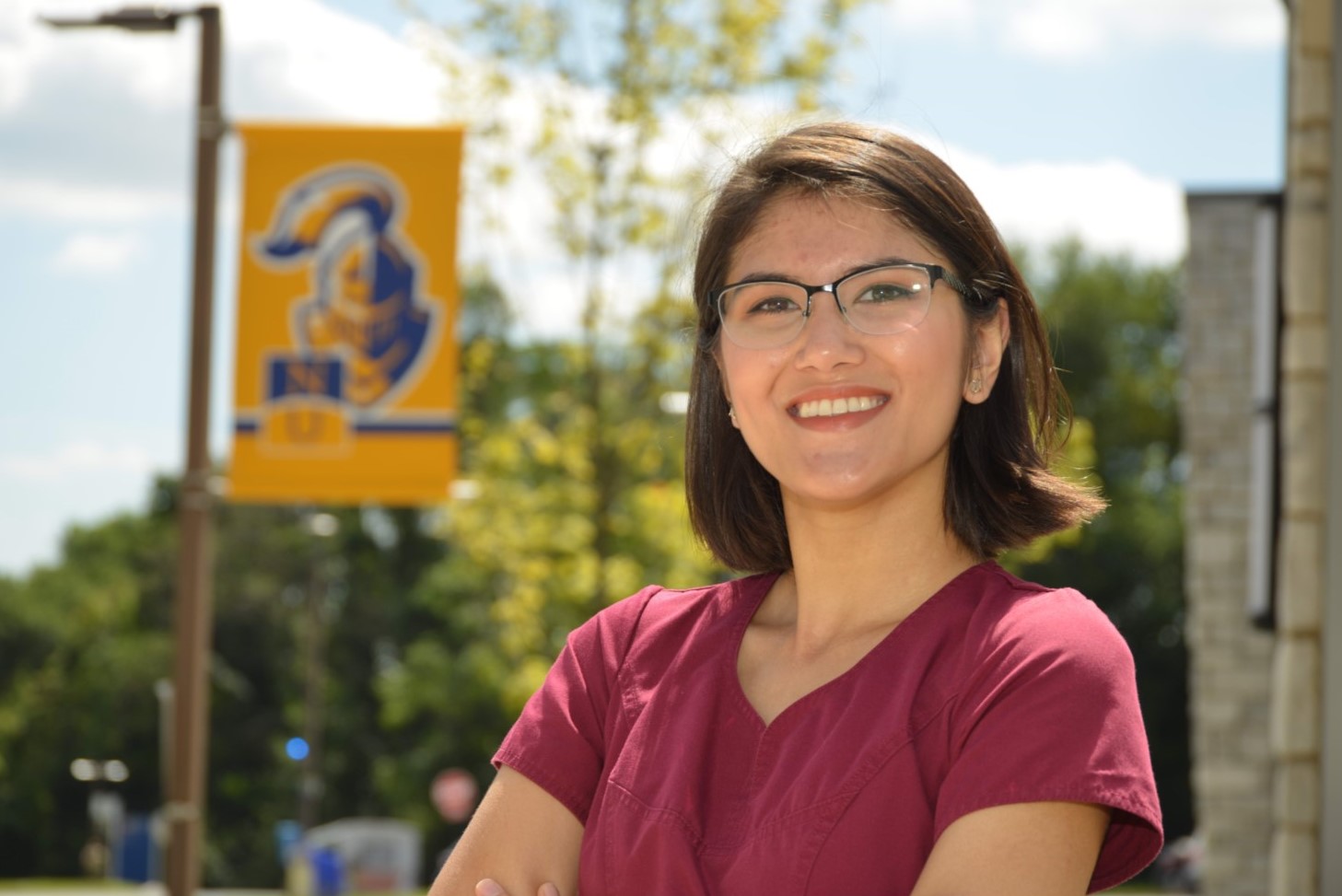 More than 100 students applied for the national award and 30 scholarships were awarded: 15 for graduate students and 15 for undergraduate/pre-licensure students.

The scholarship includes registration, travel, and lodging expenses to attend the APNA 32nd Annual Conference in October in Columbus, Ohio. Also, she will receive a one-year complimentary membership in APNA, which will provide the opportunity to network with others in the profession.

Hausner hadn’t considered the psychiatric nursing field until she took a course in mental health. She credits her mental health professors at Neumann for her interest in the field.

“They are really good professors,” she said. “I learned that every word you use with these patients matters. You have to be on your feet, mentally.”

“The psych ward feels like home to me,” she said. “It’s welcoming.”

“This is the first time an NU student has been nominated,” said Lutz, “and we feel extremely proud and happy for Ingrid.”

Hausner was excited to be selected for the scholarship.

“I was so happy to get Neumann University’s name out there among the other schools,” she said.

While at the conference in October, she is looking forward to attending the programs offered and networking to make connections for her future. After she graduates in May, she’d like to land a job in medical-surgical nursing and eventually pursue a master’s degree in psychiatric nursing.