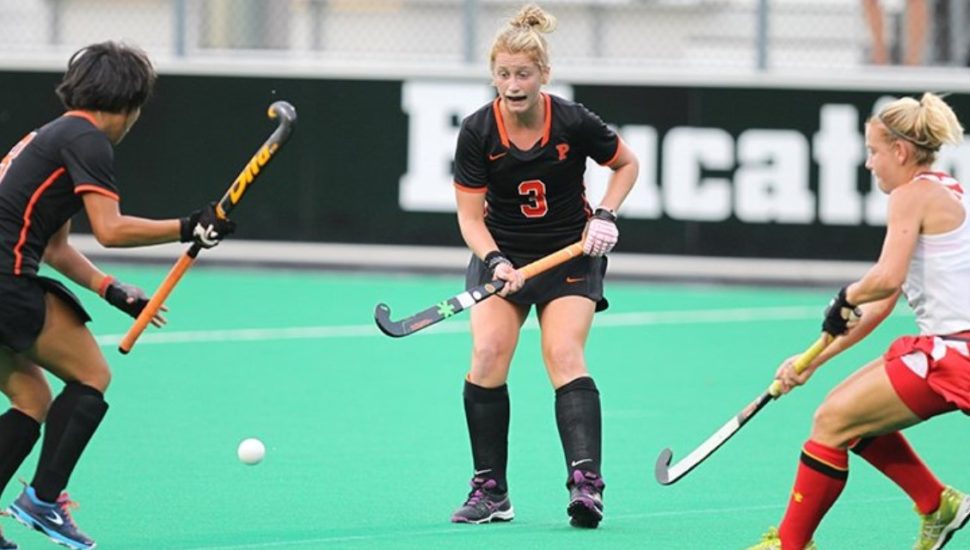 Field hockey star Maddie Bacskai, a graduate of The Episcopal Academy, is making an impact on the U-21 national team after a breakthrough sophomore season last year at Princeton University, writes Bill Alden for Town Topics, a weekly newspaper in Princeton, N.J.

Following a solid debut with the Tigers two years ago, Bacskai quickly emerged as one of the best players in the country, becoming the Ivy Defensive Player of the Year and a first-team All-American.

However, she is quick to credit her teammates for playing a key role in her success.

“It is really nice to get to get all of those accolades; it is about my teammates as well and how they are always helping and supporting me to get there,” said Bacskai, a Berwyn native.

Her exploits also earned her an invitation to compete for the U-21 national team. She helped the squad win a silver medal at the Junior Pan American Games and finish fifth at the Junior World Cup.

“It is an honor just to say that I can represent my country,” said Bacskai.

Malvern Bank House of the Week: A Stone Manor on a Horse Farm in Berwyn

Malvern Bank House of the Week: Stone Colonial in Berwyn