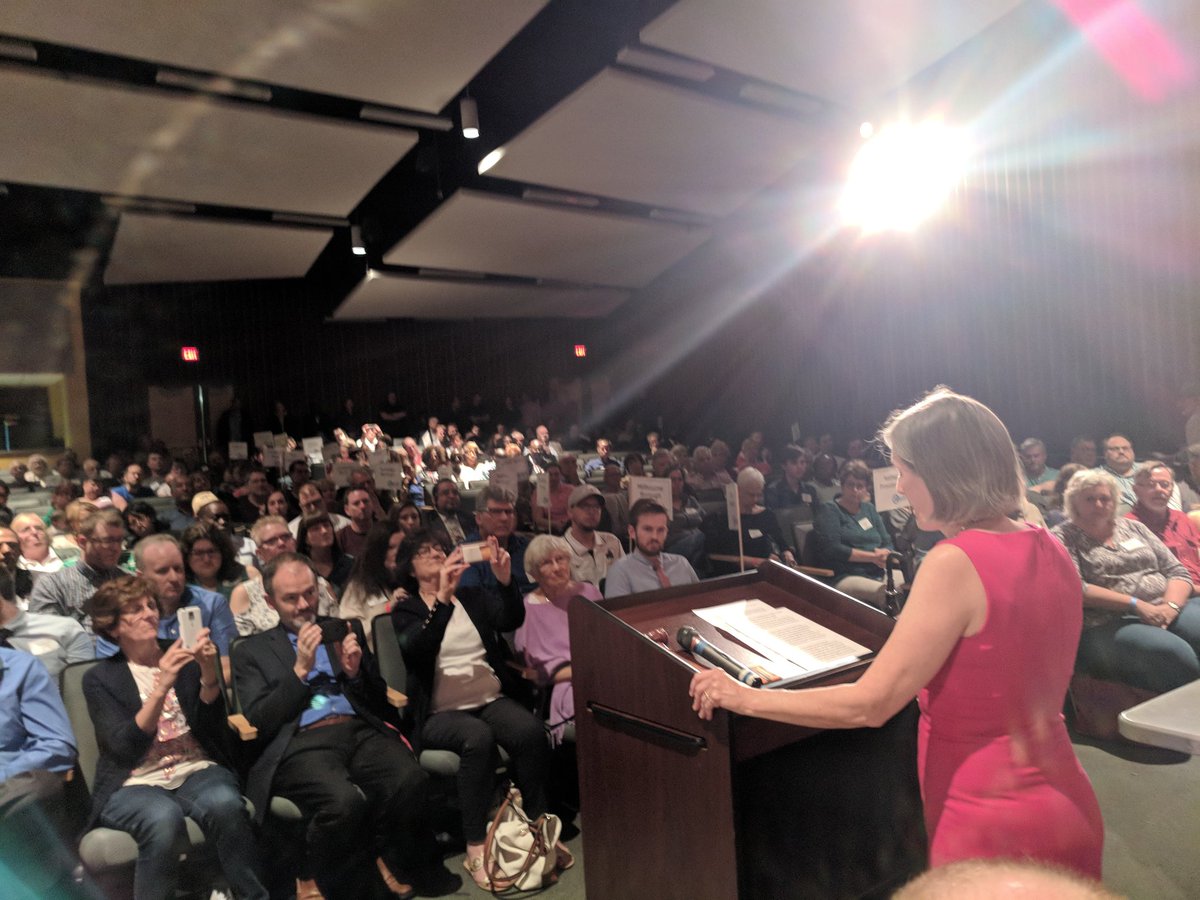 Image of Colleen Guiney, at podium, via the Delco Democrats.

Longtime Swarthmore committeewoman Colleen Guiney has been selected to serve as the new leader of the Delaware County Democratic Party, writes Alex Rose for The Daily Times.

Guiney was nominated by two men who were previously sparring for the job, incumbent party Chairman David Landau and union agent John Kane.

“I’m so inspired,” said Guiney. “I’m just very pleased to see how well the community has come together to move forward on growing the Democratic Party.”

No other candidates were nominated, and Guiney was elected to a four-year term by acclamation. Landau said he will remain on as “chairman emeritus” to help recruit candidates and steer their campaigns, which he believes is his strength.

Guiney will take over the day-to-day operations of the party.

“That’s what made sense to do,” Landau said. “We all put the interests of our party and our candidates in front of our own personal interests, and that’s what we did.”

Read more about Delaware County Democrats in The Daily Times by clicking here.