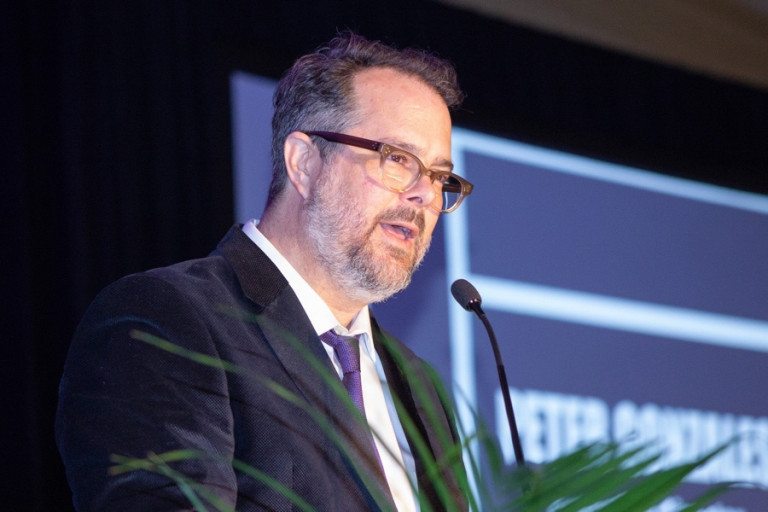 Peter Gonzales – CEO of the Welcoming Center for New Pennsylvanians, a nonprofit that connects newly arrived individuals from around the world with economic opportunities – is always ready to share powerful stories that challenge the misconceptions of immigrants, writes Fabiola Cineas for Philadelphia magazine.

Among his most eye-opening statistics is that 96 percent of the new businesses in Philadelphia’s commercial corridors are immigrant-owned.

Today, Gonzales believes immigrants need resources to feel more included. He emphasizes this with a story about a woman who came to the U.S. from Yemen to escape civil war.

Even for this highly accomplished woman, who was an ambassador for her country with the United Nations, just becoming a volunteer was a challenge.

“When I saw her resume and saw that she had been an ambassador, was a professor of biology, and was struggling to even get a volunteer position in Philly, that was amazing to me,” said Gonzales.

Despite her family being physically assaulted in Philadelphia and watching her mother die from afar as she was not able to visit due to the travel ban, she remained positive and supportive of others coming to the Welcoming Center.

“She had gratitude that she had a home here,” he said. “That will stay with me forever.”

Read more about the Welcoming Center for New Pennsylvanians in Philadelphia magazine here.