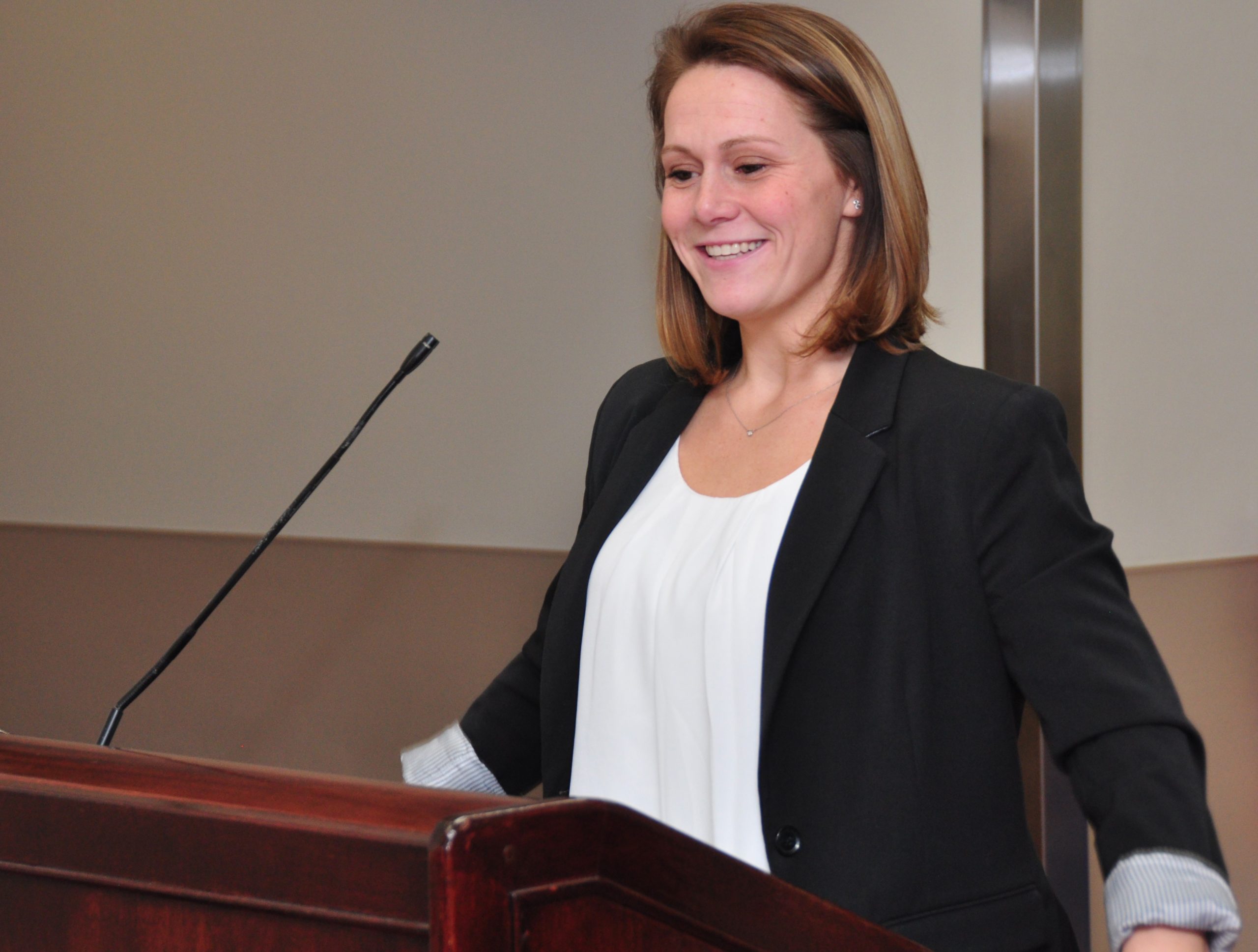 Nearly two decades ago, Smith, then a 26-year-old, single mother with three kids who was struggling not to become homeless a second time, came to the college seeking an education and a better life for her children. Today, she is married, no longer homeless, and using her life experiences to encourage others, especially young women, to never give up and keep striving for their goals.

Smith is an author, inspirational speaker, and life coach who has served more than 17 years in the social service field working to better the lives of women and children.

Joining her at commencement were many students with interesting stories of their own.

Britney Spinelli, of Marcus Hook, graduated with both a certificate in Process Control Technology and an Associate in Applied Science degree in Advanced Technology.

Born and raised minutes from the former Sunoco refinery in Marcus Hook, Spinelli originally took courses at the college to become a nurse but decided she would be better suited to a career in advanced manufacturing. She prides herself on being able to do tasks traditionally done by men.

“When I was 13, I joined the Marcus Hook Fire Department Cadet Program,” she said. “I was the only female in the program. Whenever there was a question of whether I was capable of doing what the guys could do, I prevailed.”

Sourou Mariette Carolle Zounon, of Upper Darby, is a straight-A student who is one of 46 community college students statewide selected as All-Pennsylvania scholars, an honor that includes free tuition for two years at any of the state’s 14 Pennsylvania State System of Higher Education universities.

A native of Benin, a nation in Africa, Zounon is a devoted mother of two small children who found time to volunteer at the college as a peer mentor. She also helped beautify a community garden next to the Darby Borough Free Library while interning for the Darby Borough Community Development Corporation.

Zounon is interested in becoming a certified public accountant.