Book Review: ‘The Soul Of America’ By Jon Meacham 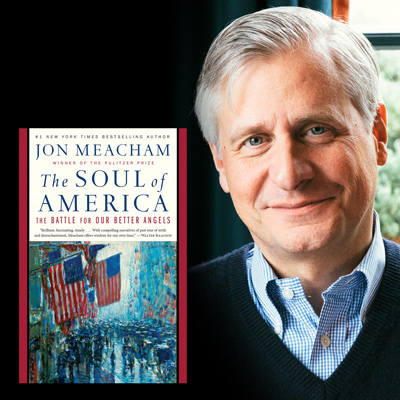 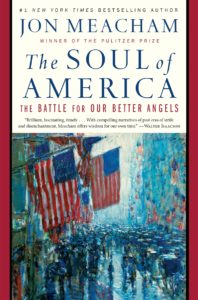 In The Soul Of America, Pulitzer Prize-winning Jon Meacham explores the sweeping concept of the American soul, focusing his examination on historically significant times of national divisiveness and turmoil.

The Vanderbilt historian touches on issues such as civil rights and equality throughout the nation’s history but, does so through the unique prism of words spoken and actions taken by the nation’s sitting presidents during these historically disruptive times.

By detailing the words, actions and sometimes inaction of historical figures he gives a fascinating account of how American psyche has evolved into its current manifestation.

Meacham draws from examples throughout history when “politics of fear” were prevalent. In doing so, he paints a very stark picture which reminds the reader the current state of political dispiritedness is but an ephemeral episode in the grand scheme of history.

Meacham highlights instances such as President Johnson’s decisive action throughout the 1960s to enact civil rights legislation during a time when the Jim Crow laws still plagued the south. He goes further back in our history and touches on Ulysses S. Grant’s forceful action to ensure freedmen’s protection from ruthless KKK attacks during the turbulent Reconstruction Era.

What isn’t lost in Meacham’s message are the historical vignettes where inaction or misguided action are taken by presidents that, in hindsight, have marred our nation’s egalitarian reputation.

Franklin D. Roosevelt’s “great crusade” to fight for Democratic ideals, thus ridding the world of fascism, was happening at a time when over 100,000 Japanese-Americans were being held a prisoner in internment camps on his order.

Also, the fact that Eisenhower remained largely quiet while Joseph McCarthy publicly and erroneously stirred up anti-foreign sentiment. So vociferously did he wage his misguided campaign, known as “McCarthyism,” that it is universally reviled and invariably used as a pejorative term.

The Soul of America is released at a time when divisiveness in our great nation has reached a fever pitch.

“The Battle for Our Better Angels”, taken from Lincoln’s first inaugural address, is Meacham’s way of reminding the reader that no matter how far we as a nation stray from our original ideals during times of turmoil, America as a nation inescapably returns to it’s intended righteous path.

Jon Meacham’s latest book should not be viewed as a critique of the sitting president rather as a reminder that our current political climate is nothing new; as history shows that Martin Luther King, Jr. was correct when he said, “The arc of the moral universe is long, but it bends toward justice.”

It Was Malware That Took Down Delaware County Computers. Security Gets an Upgrade.

A Hike and a Brew: Philly Magazine Pairs Up Ridley Creek State Park and La Cabra Brewing in Berwyn