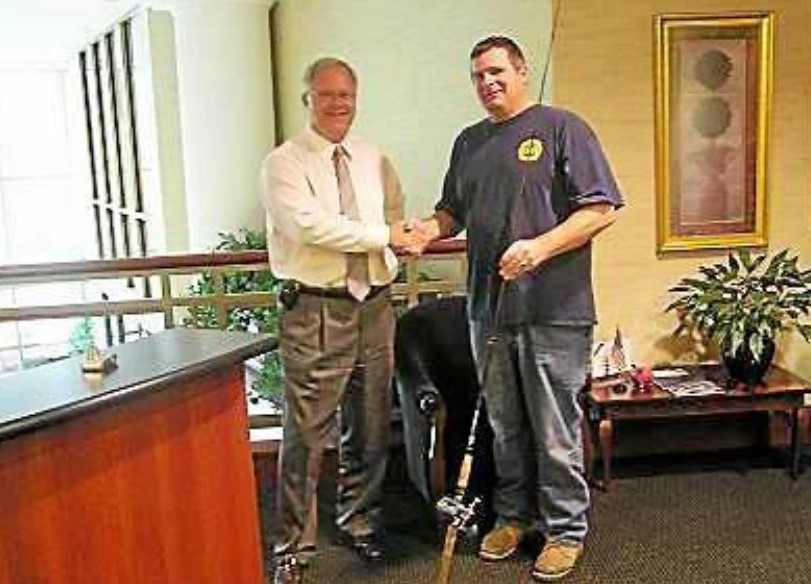 Image of Robert Steelman, right, getting back his fishing rod via Digital First Media.

In the fall of 2009, Steelman was on a fishing trip with his friend Joe Startare in the Lower Delaware Bay, looking for Atlantic Stripers when his fishing rod was suddenly torn from his fingers.

“I’ve never had a rod fly out of my hand,” said Steelman, “It went right into the water and it was gone.”

So he called his wife Dawn, who posted the missing rod on a local fishing website. The same evening Steelman saw a post that read “Looking to return Rod and Reel to Owner.” The person who found it said that it had gotten tangled in his anchor and came up into his boat.

To get his wandering rod back, all Steelman had to do was accurately describe it. A week later, he caught up with the finder to get the rod and reel back.

“It was caked in mud. I had to take it apart to clean it,” he said. “But it still works, and I still have it.”