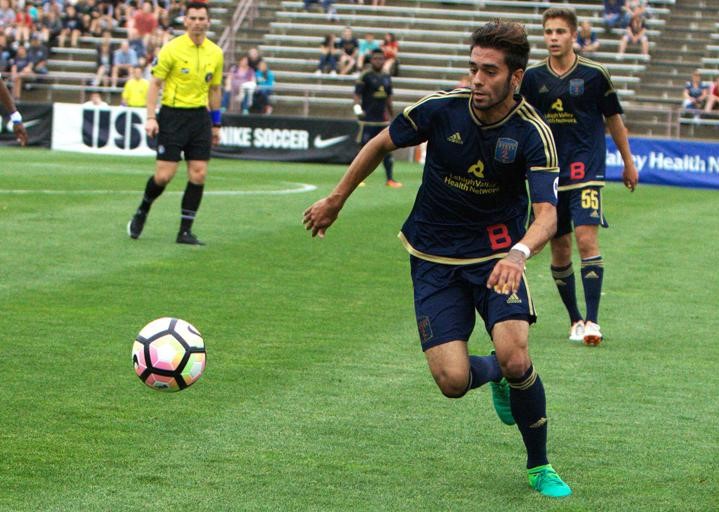 Image of Matthew Real via the Bethlehem Steel FC.

The Philadelphia Union has signed defender Matthew Real, an 18-year-old native of Drexel Hill who debuted as a professional last season.

Real joins the Union after playing for Bethlehem Steel FC, the Union’s affiliate in the United Soccer League, in 2017. He joins Media native Auston Trusty, 19, as a Homegrown Player on the Union’s roster.

“We couldn’t be prouder to welcome Matt to our First Team as a Homegrown Player,” said Union Sporting Director Earnie Stewart. “Matt has truly earned this contract through his outstanding work along our Path to the Pros, first in our Academy and then in the USL as an 18-year-old.

“Leftback is a difficult position, and Matt was exceptional against good competition for Steel FC last year. He brings an attacking-minded outlook to our fullback corps. We look forward to seeing him take the next step here in Philadelphia.”

Prior to signing with Steel FC, Real, whose father is Brazilian, first caught the attention of coaches at age nine when he played with the Union Juniors. He joined the Academy ahead of the 2013-14 season, appearing in 26 matches with the U-14s. He rose through the Union’s Academy system, appearing in 46 matches across the U-16 and U-18 teams. In his youth career, he also played for FC Delco and Lower Merion Soccer Club.