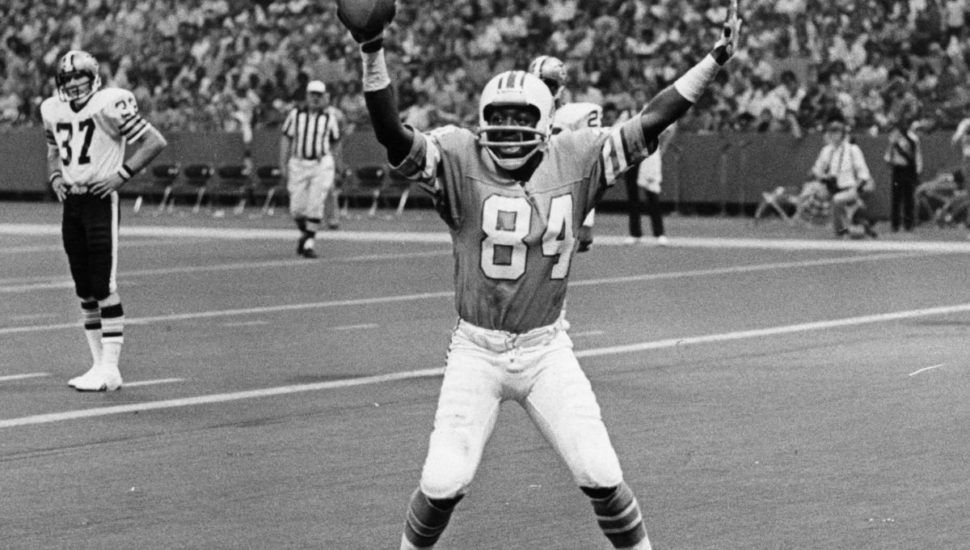 Image of Billy “White Shoes” Johnson via the Houston Chronicle.

The NFL might have lifted its ban on end-zone celebrations, but one of its originators is not keen on their return, writes Frank Fitzpatrick for the Philadelphia Inquirer.

Delaware County’s Billy “White Shoes” Johnson, known as the Godfather of Gridiron Gyrations, is wary of their reinstatement.

“It is a good thing,” he said, “as long as they don’t go overboard and mess it up again.”

Johnson grew up in Marcus Hook, where he could outrun anyone in his neighborhood. While attending Chichester High School, he won the state title in the 220-yard dash and also played football.

Johnson became a paragon of cultural divide when he played for the Pennsylvania Military College, now Widener, against Drexel in 1971. At the time, he vowed to do the “Funky Chicken” dance in the end zone if he scored, a promise he kept in the second quarter of the game.

He continued with the dance when he entered the NFL, marking each of his 35 touchdowns with a memorable dance, amusing some and infuriating others who believed there was no place for such theatrics in football.