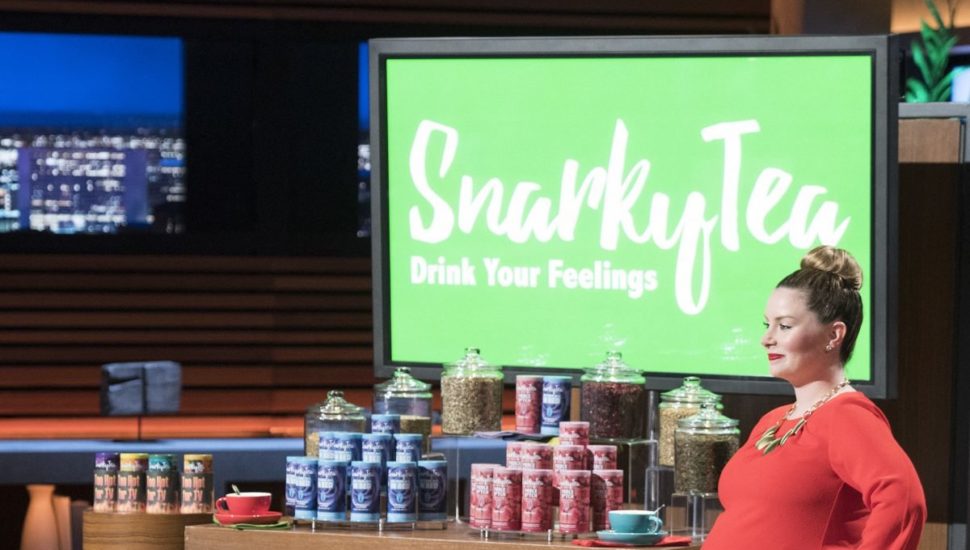 Image of Jenni-Lyn Williams via ABC.

While naming a tea using a curse word may seem like a strange idea to some, it has certainly paid off for Jenni-Lyn Williams, who earned her MBA from Villanova, writes Diane Mastrull for the Philadelphia Inquirer.

Williams started Snarky Tea in October last year, after working for Lincoln Financial Group in Radnor for about six years. The business recorded $270,000 in revenue in its first year, but is still not profitable.

Williams thus went on ABC’s Shark Tank on Nov. 5 to present her unique idea: teas that have curse words in their titles.

The segment was one of the more-censored ones, as Williams had to be bleeped every time she mentioned the names of her teas, such as “Get Your S— Together” and “Calm the F— Down.”

However, the appearance earned Williams a $150,000 joint investment proposal from two of the Sharks for a 50 percent stake in the company. The offer came from show regular Kevin O’Leary and guest Shark Bethenny Frankel, who owns the wildly popular Skinnygirl line of cocktails and snacks.

“It’s indescribable,” said Williams. “I have so much to be thankful for.”

Read more about Snarky Tea in the Philadelphia Inquirer by clicking here.