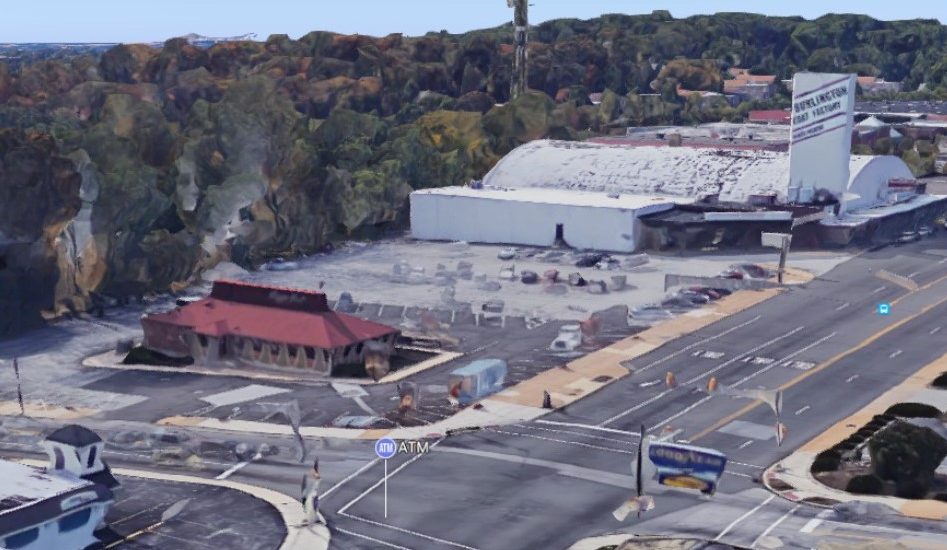 A Google image of the intersection of Baltimore Pike and Oak Avenue in Upper Darby, where a Super Wawa will be built on the former site of Pizza Hut and the Burlington Coat Factory.

Upper Darby officials have given the green light for the construction of Super Wawa at the corner of Baltimore Pike and Oak Avenue, writes Linda Reilly for the Delaware County News Network.

The announcement ends months of speculation that the proposed store may go to Clifton Heights, instead of Upper Darby.

The plan – which required 11 variances mostly related to landscaping, entrances, and parking spaces for the store and eight-pump gas station – was unanimously approved by zoning officials.

The development will be on the former site of Pizza Hut and the Burlington Coat Factory, both of which have been closed for months. They will be demolished for the new Wawa, and the project will also include an unnamed retail store at the north end of the space.

“The entire block will be redesigned from Oak Avenue to Planet Fitness and Five Guys Burgers and Fries,” said Mayor Thomas Micozzie. “This is huge for Upper Darby. Getting Wawa built here in Upper Darby is another step in the right direction for development.”

Construction is expected to commence in January or February and should take 14 months.

Read more about the new Super Wawa from the Delaware County News Network by clicking here.

Progress, Jobs in Marcus Hook: Smokestack Gets Swapped Out for Warehouse