Known for Having Brought Jobs to Rural Delco, Exec at Concordville’s Southco Dies at 95 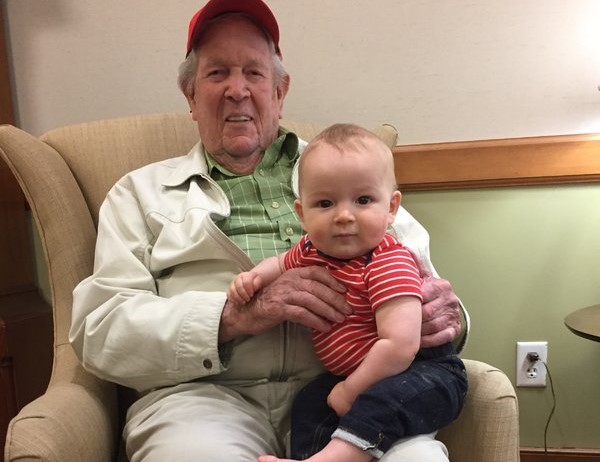 Image of Thomas Baldwin and his great-grandson via the Baldwin family.

Baldwin, who served in the Army during World War II, worked for Southco from the mid-1940s to the mid-1980s.

The manufacturer of industrial-grade fasteners started operating in a small building on the banks of the Delaware River in Lester. It then relocated to a bigger plant in Concordville in 1965, as demand for industrial fasteners and military equipment grew. At that time, southwestern Delco was largely undeveloped.

Baldwin was part of the executive team that supervised the relocation. During his tenure, the Concordville headquarters grew significantly. However, he always kept the expansion within budget.

“We never borrowed; we never owed a penny,” Baldwin often told his family. “If we lacked the money, we did not do it.”

Read more about Thomas Baldwin’s life in the Philadelphia Inquirer by clicking here.