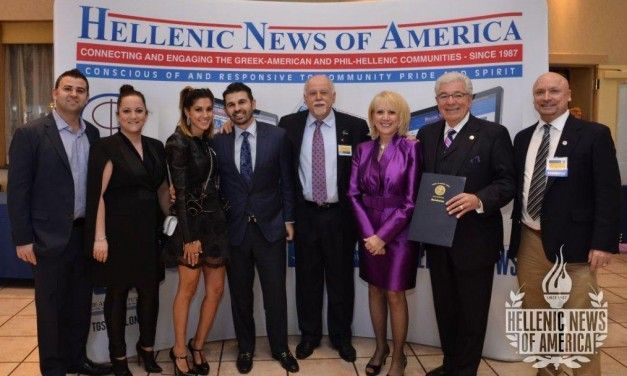 One of the largest Greek-American publications in the country, the Concordville-based Hellenic News of America, celebrated its 30-year anniversary over the weekend with a gala at The Merion in Cinnaminson, N.J.

Hellenic News of America has been the guide and companion to the Hellenic community for three decades. Publisher and founder Paul Kotrotsios and co-publisher Aphrodite Kotrosios are donating $5,000 of the gala’s proceeds to The Ronald McDonald House of New York (for the Greek division), the Greater Philadelphia Cancer Foundation, and the MAGAF Scholarship awards.

The anniversary highlighted decades of stories from Hellenic News of America, covering the roots and passions of the Hellenic community, while perpetuating Hellenic principles and ideals. Founded in 1987, the newspaper successfully filled a void in the Greek community, giving it a voice, linking the Greek communities together, at home and abroad.

As it celebrates its past, Hellenic News of America is adapting to the changing media environment, with an active presence on social media and the web. To sustain its commitment of informing and enlightening Hellenes, the news outlet welcomes the support of the community through its gifts, subscriptions, and advertisements to the newspaper and to its annual business event, the Hermes Expo.

National Ranking Shows Pa. as Perhaps a Better Place to Work from Home Than Live There