What’s the Cost of Ending DACA for Pennsylvania’s Economy? 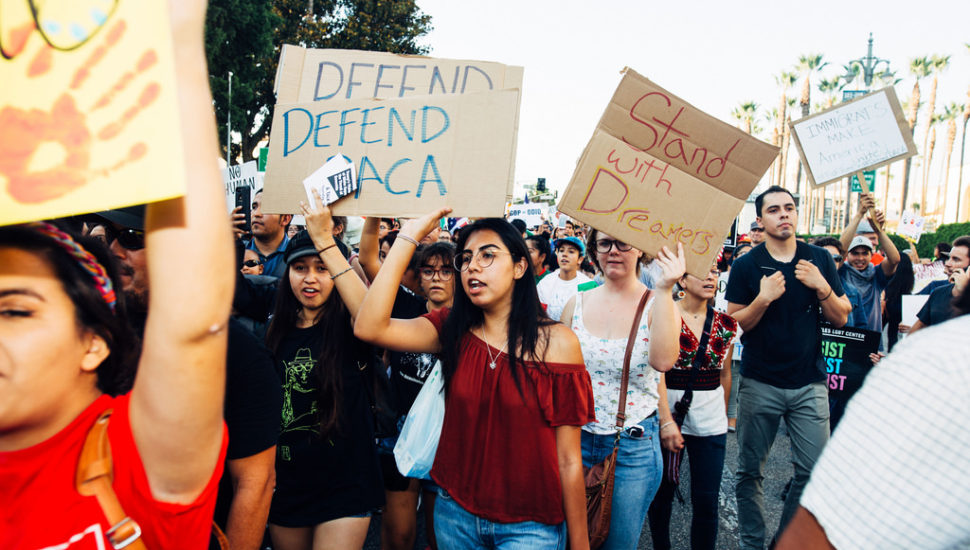 The decision to end the DACA program will have huge economic costs for the country.

The decision by President Donald Trump to end the DACA program will have huge economic costs both for the country and Pennsylvania, writes David Harris for the Philadelphia Business Journal.

The Deferred Action for Childhood Arrivals program, which is set to expire on March 5, 2018, makes it possible for undocumented immigrants who arrive in the country as children to get work permits. Also known as Dreamers, this group includes people under the age of 36 who have entered the country illegally before the age of 16 and have been here for at least a decade.

The libertarian think tank Cato Institute believes that the end of DACA will cost the state budget $258 million in lost tax revenue, totaling $3.52 billion over the next 10 years.

It also estimates that the cost for the entire country will be around $200 billion in aggregate economic costs.

Read more about the potential fallout from ending DACA in the Philadelphia Business Journal by clicking here.