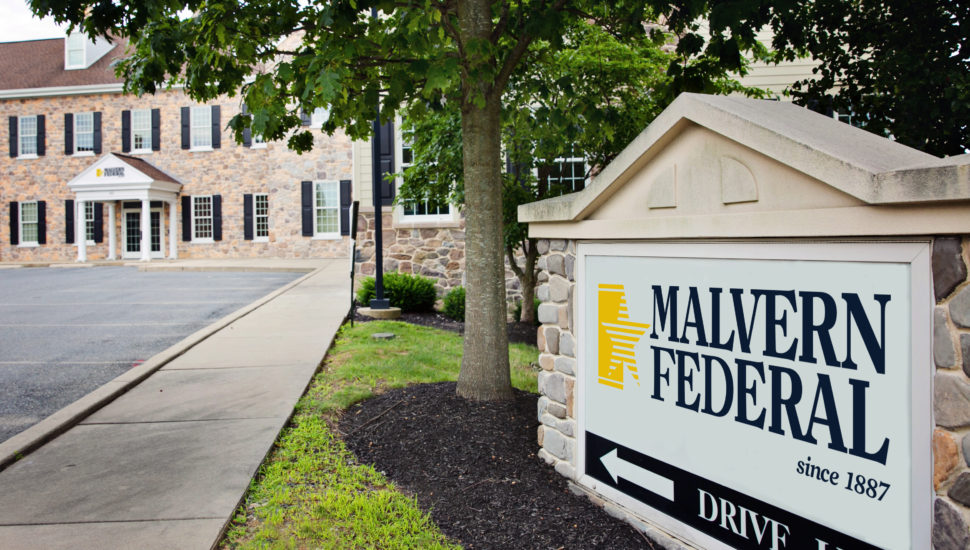 The Malvern Bancorp has been named to the exclusive “2017 Bank & Thrift Sm-All Stars” list, from Sandler O’Neill + Partners, as a top-performing, publicly traded bank in America.

“In all, our screening methodology eliminated 93 percent of the institutions of banks and thrifts that trade on a major exchange,” said Mark Fitzgibbon, Sandler O’Neill’s Principal and Director of Research. “The performance metrics of the remaining 29 institutions are outstanding, with the Class of 2017 delivering bottom-line results that are markedly better than the industry as a whole.”

“Malvern is honored to be recognized on the Sm-All Stars list,” said Anthony C. Weagley, Malvern’s President and CEO. “Malvern prides itself on its strength, stability, and ability to provide consistent performance. Our team has been focused on transforming Malvern over the last several years to what we are today.

“The financial performance has aided in our ability to expand to key markets, and provide the superior service to our clients that we are regarded for.”

Bryn Mawr Trust Exec Explains How to Maximize Your Generosity, What to Consider as Giving Season Arrives