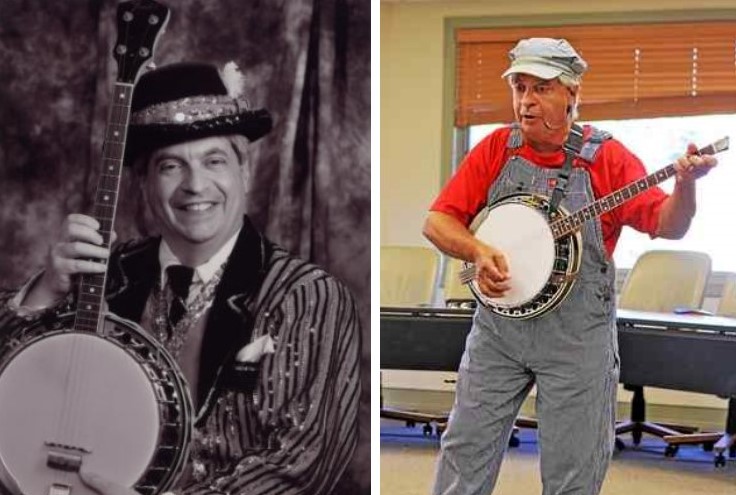 Bochanski is an accomplished musician who has been marching with the Avalon String Band for more than a half-century. “Banjo Matt” wore his old-fashioned train costume as part of his performance.

After the event, he recalled how hard it sometimes was to feel his fingers when playing the banjo at some of his concerts in the region’s cold and windy winters. But he was able to solve this when he discovered “Gorilla Gunk,” which, when applied to his fingers, gave some relief.

During his five decades marching down Broad Street, Bochanski has seen numerous changes, the most important of which is being able to use wheel-based displays that have significantly expanded a performance’s possibilities.

And while Avalon has never won the string band competition, the came close the year they performed the theme of “Hobo Express.”

Read more about Matt Bochanski in the Daily Local News by clicking here.