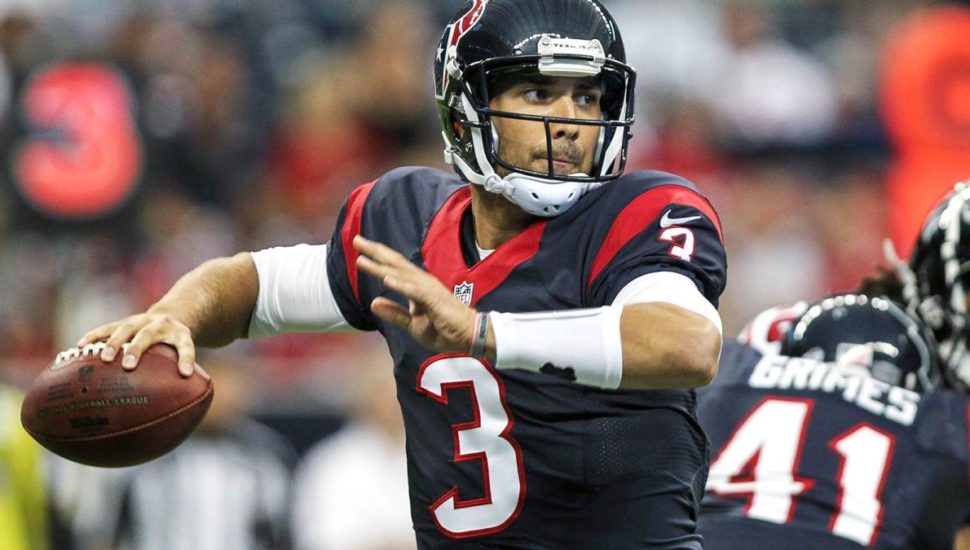 In a battle for the role of starting quarterback of the Houston Texans, Springfield native Tom Savage has a key advantage: the full faith of top receiver DeAndre Hopkins.

“If anybody should be a judge of quarterbacks, I’ve played with the most quarterbacks in NFL history throughout my first four years,” Hopkins said in an ESPN.com report by Dan Graziano. “So I put the stamp on Savage, and I think that’s all that needs to be said about that.”

Savage is a product of Cardinal O’Hara High School who played at both Rutgers and Pitt before being drafted by the Texans in the fourth round of the 2014 draft. Now a three-year backup who started two games last season in relief of Brock Osweiler, Savage is competing against high-profile rookie DeShaun Watson of Clemson.

“I’ve played with at least 10 quarterbacks,” Hopkins said. “So because of what (Savage) does well and what he can do for this team, I know he can help us win what we want to win. He does everything well.

“He’s a student of the game, from just being on the bench, watching and learning from other people’s mistakes, seeing what they’ve done wrong. He can put the ball in any place. He has a strong arm. He has a knowledge of this offense. He’s been in this offense his whole career.”

Read more of DeAndre Hopkins’s take on Tom Savage as the starter in Houston from ESPN.com here.