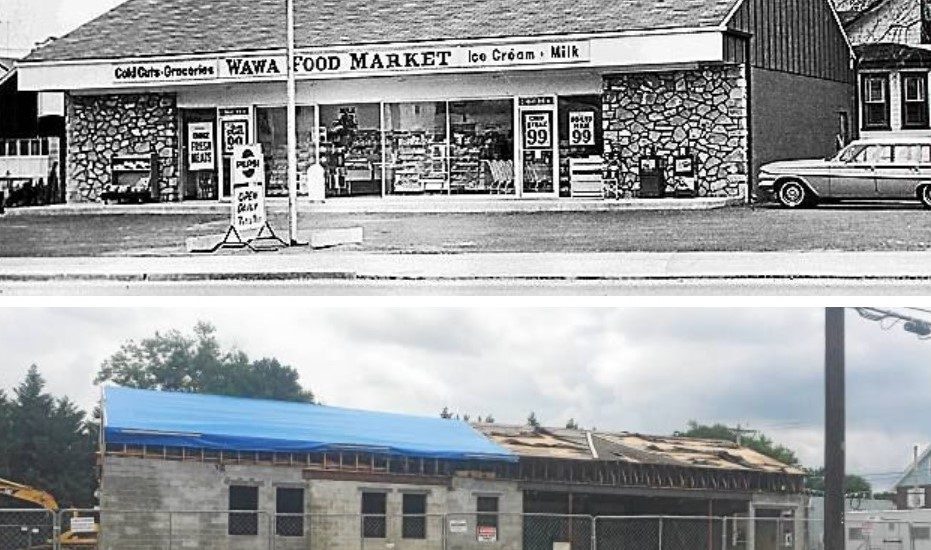 A new Franklin Mint Federal Credit Union branch is being built on the site of the original Wawa store in Folsom. Images via Peg DeGrassa, Delaware County News Network. 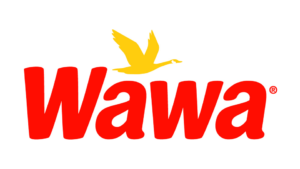 The fate of the location of the very first Wawa store is no longer a mystery, as Franklin Mint Federal Credit Union is now building a branch there, writes Peg DeGrassa for Town Talk.

The new branch, which is expected to open early next year, will consolidate FMFCU’s Holmes and Folsom locations.

Wawa #1 officially closed on June 17 last year just as a new ‘super’ Wawa store opened down the street. The passing of the torch was accompanied by a parade that marched from the site of the original store to the new one, marking the closure of the original Wawa opened by Grahame Wood in 1964.

The original location had remained empty after being purchased by FMFCU until construction began on the new branch in June. The new 4,500-square-foot building will include a spacious lobby and extensive parking to provide added convenience for customers.

“We think our staff and our customers will like the more open concept and modern design of the new building,” said FMFCU Vice President and Chief Retail Officer Mike Mastrangelo. “The new look encourages engagement with the community, and that’s really what we are all about.”

Read more about the new branch from Town Talk by clicking here.