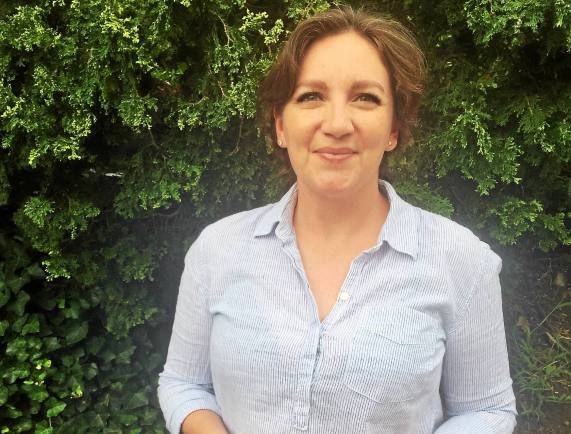 A decision to make her own wedding invitations has led Lansdowne’s Liz Moorhead to an unexpected but successful journey into a new career making handcrafted cards, writes Peg DeGrassa for the News of Delaware County.

Moorhead created her own invitations after she could not find a commercial card that was not overly embellished or too sentimental.

The hand-painted cards began selling on Etsy for $4 each, and before long, her hobby became a full-time job. Her business was given a further boost when it was praised by the Martha Stewart American Made shop on Amazon.com during the New York national stationery show.

Her cards were such a hit that she then decided to take her newfound passion one step further.

“I became eager to provide folks with simple, minimalist greetings,” she said, “so I opened the Betsy Ann Paper shop in 2009 as a part-time hobby.”

Her cards now have a loyal following and have been selling like hotcakes. Today, in addition to being sold on Amazon.com, Moorhead’s Betsy Ann Paper products can be found in gift shops such as Philadelphia Independents gift boutique and Occasionette.

Read more about Betsy Ann Paper in the News of Delaware County by clicking here.

Discover If Entrepreneurship Is for You, and Other Free SCORE Webinars