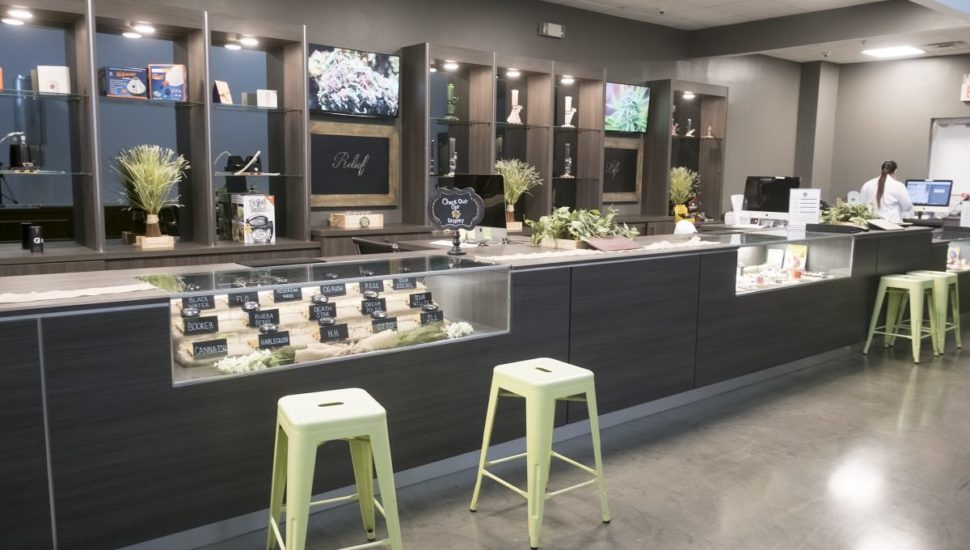 The state's medical marijuana shops will not have the drug’s distinctive odor as the plants will not be grown on the premises. Image via the Philadelphia Inquirer.

The distinctive odor of marijuana dispensaries often found in other states will not be an issue in Pennsylvania, writes Sam Wood for the Philadelphia Inquirer.

In fact, patients who visit their local dispensary won’t smell a thing, as the state forbids dried weed or growing marijuana on the premises. Instead, the shops will only carry sealed oils, tinctures, pills, lotions, and vapor cartridges.

Also, compared to New Jersey, where dispensaries use an adjoining warehouse to grow their marijuana, Pennsylvania shops will operate in smaller, nondescript buildings. They will then be supplied by one of the 12 grower-processors that were granted state permits.

The storefronts will also not advertise their product and will instead indicate that they offer a healthcare service. The only thing that could highlight that something of value is being offered will be the number of surveillance cameras on the premises.

“If you know what to look for, you’ll know there’s a dispensary there,” said Patrick Nightingale, head of the Pennsylvania Medical Cannabis Society. “But if you don’t, you’re unlikely to notice it.”

Read more about the upcoming marijuana dispensaries in the Philadelphia Inquirer by clicking here.