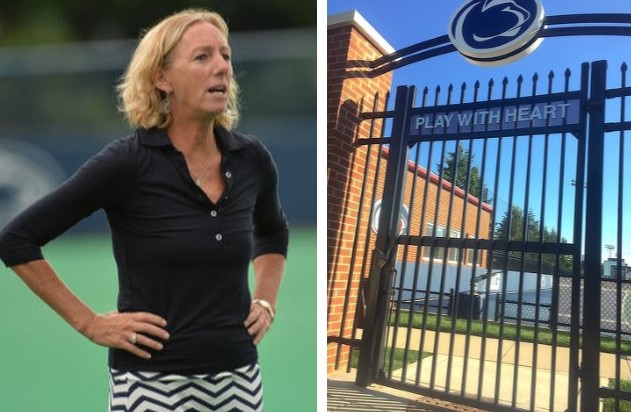 From keeping up with neighborhood boys to learning from great Lansdowne-Aldan coaches, Char Morett-Curtiss developed a legendary heart for field hockey. Images via StateCollege.com.

She really just wanted to compete, and being surrounded by brothers, cousins, and neighbors — all boys — transformed her interests in sports into an unstoppable competitive heart.

“I always wanted to compete. I always wanted to play,” said Char Morett-Curtiss, the Lansdowne-Aldan High School graduate who went on to become a star athlete and coaching legend at Penn State, in a StateCollege.com report by Mike Poorman.

“I wanted to do what they were doing. It really helped me grow from a competitive aspect.”

When she first discovered field hockey, she was eager to learn all about it, and her coaches molded Morett-Curtiss into a scholarship-caliber prep athlete.

“I had outstanding coaches and mentors,” she said. “My coaches in high school went to Ursinus and West Chester, the hotbeds of field hockey at the time. It was something that I loved and still love.”

After becoming a two-sport All-American in field hockey and lacrosse, the Nittany Lion pursued her Olympic dreams but eventually returned to Penn State, where she has earned the vast majority of her 500 career wins as a field hockey coach.

“I love Penn State. I’m so grateful for what Penn State has done for me,” she said. “I was a poor kid coming out of Philly, and Penn State gave me the opportunity for an education and to compete here.”

Throughout her career, Morett-Curtiss said the key has been heart.

“I would say that in almost everything you do in life,” she said, “if you’re expecting success, you have to put your heart into it.”