Wawa, Sheetz in Tug of War for Customers’ Hearts 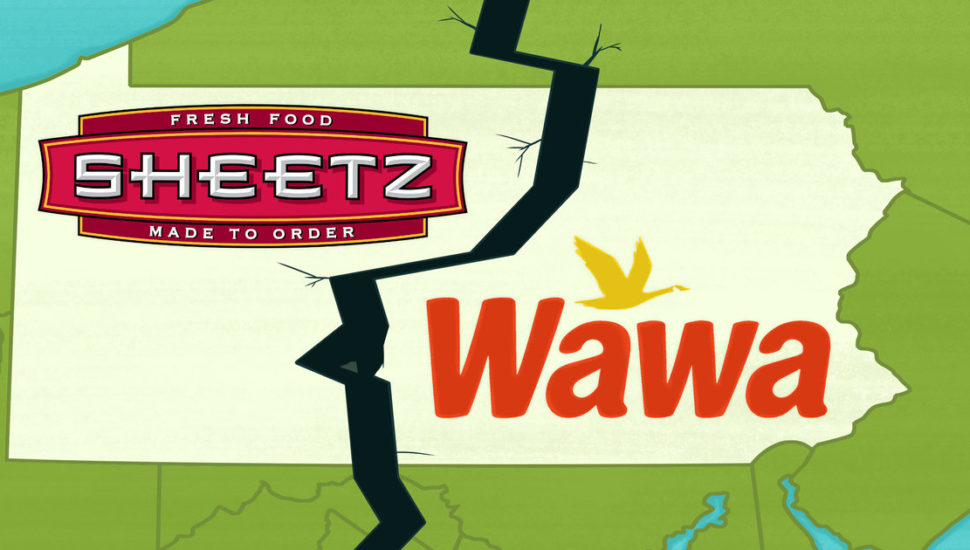 Emotions run strong when it comes to loyalty to convenience stores Wawa and Sheetz. Image via Thrillist.

Of the 700 Wawa stores across half a dozen states, only 40 to 50 actually compete with a Sheetz, but the tug of war on customers’ hearts is all too real.

Sheetz, one customer insisted in a NewsWorks report by Eleanor Klibanoff, is “a poor man’s Wawa. It’s the same concept as Wawa with the sandwiches and the other convenience foods. But I mean, no one can beat Wawa.”

That love-or-loathe attitude is not uncommon, but in reality, both convenience stores are “top-of-the-line, best-in-class in the industry,” said Convenience Store News Editorial Director Don Longo.

The differences are clear: Sheetz is loud, bright, and rural compared to its urban counterpart, Wawa. But both began as family-owned dairies, Sheetz first in 1952, then Wawa in 1964.

“We take a great deal of pride in our Pennsylvania roots and heritage,” said Wawa spokeswoman Lori Bruce. “We are always looking for ways we can improve and serve the community.”

“It helps with employee retention and growth. You don’t want to rely on minimum-wage workers if you’re a growing company. You want workers who want to grow with you,” Longo said. “The leading companies in this business treat their employees well.”

Read more about the battle between Wawa and Sheetz on NewsWorks here.