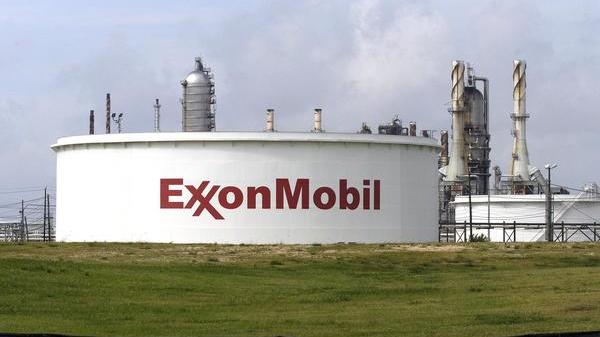 Image of Irving, Texas-based ExxonMobil via the Houston Business Journal.

Local investors of both thousands and millions defied the ExxonMobil board’s recommendation and passed a resolution that called for the energy company to analyze what it would take to keep the Earth from warming another degree Celsius.

The resolution originated from members of the Interfaith Center on Corporate Responsibility like the Aston-based Sisters of St. Francis of Philadelphia, which voted on behalf of its 5,900 shares. Malvern’s Vanguard, meanwhile, also voted on behalf of its 299 million shares, or seven percent of all ExxonMobil shares.

The end result was 62 percent of votes cast in favor of the “2-degree scenario” analysis, according to a Philadelphia Inquirer column by Erin Arvedlund.

“We know the oil and gas industry isn’t going away, but we’re putting a lot of pressure on them,” said Sister Nora Nash, Director of Corporate Responsibility for the Sisters of St. Francis. “They have been extremely slow to recognize the 2-degree scenario coming from the Paris climate accord. If we don’t stay below 2 degrees, our world will be more troubled because of greenhouse-gas emissions.”

The resolution, however, is nonbinding.

“This is a safe vote for all the institutional investors like BlackRock and Vanguard, since it doesn’t do very much,” noted Independent Adviser for Vanguard Investors Publisher Dan Wiener.

Read more about Vanguard, the Sisters of St. Francis, and the ExxonMobil vote in the Philadelphia Inquirer here.

Wealthy People Are Not Immune to Poor Money Decisions; These Are Some of Most Common Mistakes They Make